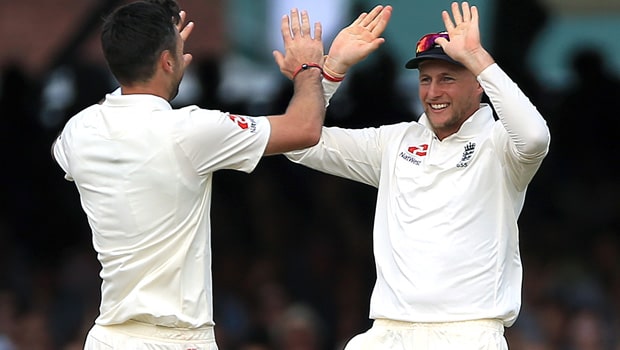 Former England captain Nasser Hussain feels Joe Root will probably end up breaking all the records. Root scored a magnificent knock of 218 runs in the first innings of the first Test match against India at the Chepauk Stadium. Thus, Root became the first Test batsman to score a double hundred in his 100th Test match.

On the other hand, Root looked in sublime form and timed the ball to perfection. The talisman looked at home in the Indian conditions and played the spinners with aplomb. Root continued from where he left in Sri Lanka and he has scored three big hundreds in the last three Test matches.

The England captain is only 30 years old and he has got a lot of cricket left in him. Thus, there is no doubt that he can surpass Alastair Cook’s tally of runs for the England team.

“Root sure is one of England’s greats. He will probably end up breaking all records, he will probably go past Sir Alastair Cook’s 161 Test matches and probably tally of runs [12,472] as well. He is in great nick, only 30 years old, and if you did a list of all-time England batting greats – the ones I have seen anyway – you’d have to have Root with Cook, Graham Gooch, and Kevin Pietersen.”

“I would say he is arguably England’s best-ever player of spin, the way he sweeps spin away is outstanding to watch,” Nasser Hussain, who scored 8,096 runs across 96 Tests and 88 ODIs, wrote for Sky Sports.

Root scored a total of 258 runs in the first Test match and thus he awarded the Player of the match for his fine batting performance. The linchpin batted at the top of his game and there was no stopping him once he got settled.

Root has a great technique while playing against spin and he played the sweep shot with great success against the Indian spinners.

Root has thus far scored a total of 8507 runs in 100 Test matches at an average of 50.04 and he will look to keep his good form going. Meanwhile, former England legend Geoffrey Boycott had also recently stated that Root can leapfrog Sachin Tendulkar’s tally of Test runs – 15921.

The second Test match takes place at the same venue of Chepauk Stadium, Chennai from February 13.