Ind vs Eng 2021: Jofra Archer ruled out of second Test match due to elbow niggle 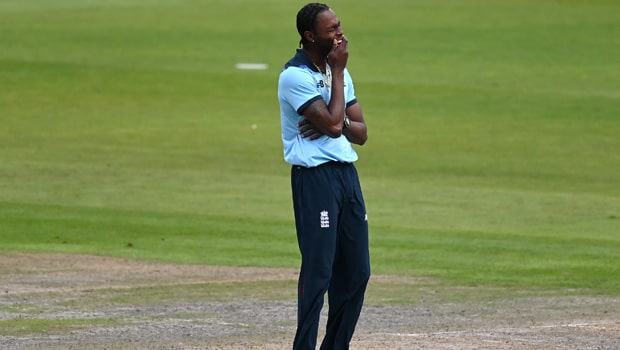 England’s gun fast bowler Jofra Archer has been ruled out of the second Test match against India due to an elbow niggle. This is a big blow for the England team as Archer had bowled a fiery spell in the first innings of the first Test match at Chennai. Archer had got the wickets of both the Indian openers – Rohit Sharma and Shubman Gill – and had given a perfect start to his team. Archer had also scalped a wicket in the second innings.

The ace paceman had taken an injection in his right elbow after he felt discomfort. The ECB confirmed the news in a statement on Thursday. Archer’s extra pace and bounce are always lethal, especially on the Indian pitches, where there is hardly any assistance for the fast bowlers.

“Jofra Archer will miss the second Test against India in Chennai starting on Saturday after having an injection in his right elbow. The injection follows discomfort the fast bowler experienced during the 227-run win in the first Test at the same venue,” the ECB said in a statement.

“The issue is not related to any previous injury and it is hoped the treatment will allow the condition to settle down quickly.”

Thus, in the absence of Jofra Archer, there are good chances that Stuart Broad will team up with veteran pacer James Anderson. England head coach Chris Silverwood had earlier hinted that James Anderson could be rested for the second Test match.

Apart from Anderson and Broad, Olly Stone is the other fast bowler in England’s 16-man Test squad for the first two Test matches against India.

England had taken a 1-0 lead after they won the first Test by a mammoth margin of 227 runs. The second Test match will take place at the MA Chidambaram Stadium, Chennai from February 13.