Ind vs Eng 2021: KL Rahul is one of our main players – Vikram Rathour 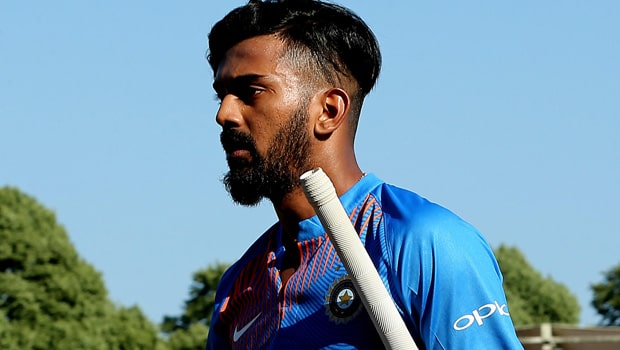 India’s batting coach Vikram Rahthour has backed under-fire KL Rahul. The flamboyant is going through a lean patch in the recent past as he is struggling with his form. Rahul has scored only a solitary run in his last four T20I innings and he needs to bounce back stronger.

The stylish batsman is one of the key players in the shortest format of the game for the Indian team and the team management will want him to be at his best before the all-important T20 World Cup.

Rahul was dismissed by Mark Wood in the third T20I for a blob as the batsman didn’t have any foot movement. The Indian opener was late on the ball and he was beaten for pace by England’s ace paceman.

Meanwhile, there is no doubt that KL Rahul is one of the best batsmen in the shortest format of the game and his numbers speak for himself. Rahul is currently placed at number three in the ICC T20I rankings, which is the highest for any Indian batsmen and he has done well for the team.

“The bench strength doesn’t make the players in the XI insecure. As team management, it’s our role to build that confidence. Every cricketer can go through a lean phase. If you are talking about KL Rahul, he has done so well for us in the past year and therefore, a couple of failures doesn’t change the fact. He is one of our main players,” said Vikram Rathour while talking in the press conference.

Meanwhile, Ishan Kishan was able to grab his opportunity in his debut match as he scored a fine knock of 56 runs off 32 balls in the second T20I. Rathour added that potent bench strength is a good headache to have for the team.

“That’s (bench strength) a good problem to have. It’s great to have this kind of bench strength. We have a lot of players who can come in and fill places if a need arises. As the team management, we have to pick the best XI, and accordingly, we back the players. Unless there’s a massive fall in form or a major injury, we must stick to our best XI,” said Vikram Rathour.

The fourth T20I will take place on Thursday.