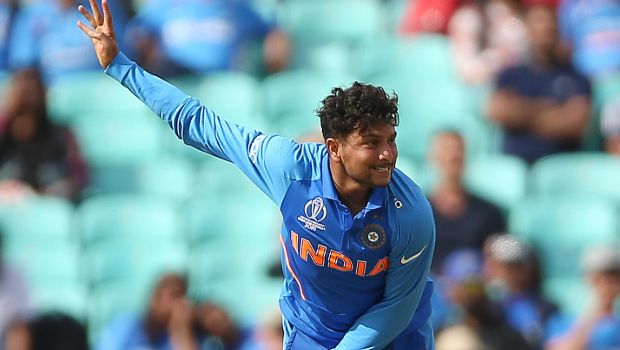 Kuldeep went wicketless in the first ODI on Tuesday as he conceded 68 runs in the nine overs he bowled. The wrist-spinner could not hit the right line and length and he was taken for plenty by the England batters.

The spinner from Uttar Pradesh hasn’t been at his best in the last couple of years and thus he has been in and out of the team. Kuldeep could only play a solitary Test match against England, in which he bagged two wickets. Furthermore, the left-arm spinner didn’t get his chance on the Australian tour when the first-choice bowlers were unavailable due to injuries.

Kuldeep has failed to deliver the goods and it is crucial for him to turn the tables. The spinner has been warming the benches in the last couple of years and he will need to make a solid comeback.

Kuldeep has scalped 18 wickets in his last 18 ODI matches in the previous two years at a paltry average of 53.

“I would like to see Kuldeep for, at least, another game because, as it is, he has been struggling…he is struggling with confidence. We can see, he hasn’t played much international cricket in the last couple of years. We can see that he is trying hard so all I will say is, maybe, they should back him a bit. I know, he went for a few [runs] as well in the last game,” Dasgupta said while talking to Sports Today.

Dasgupta added that the only way to get a player back in form and give him confidence is to give him the game-time and the opportunity to bowl in Kuldeep’s case.

“But if you have to give somebody the confidence then the only way that can happen is to make him play, make him bowl. Obviously, get him to bowl the overs against the right batsmen. But if we want Kuldeep back in action and deliver close to his 100 percent of what we’ve seen or better than that, he needs backing and game time,” Dasgupta added.

Meanwhile, India’s wicket-keeper batsman KL Rahul was able to get back in form as he scored 62 runs from 43 balls in the first ODI and the think tank will hope that Yadav can also get his form back.

Kuldeep has snared 105 wickets in 62 matches at an average of 27.10 and he will aim to make a comeback. The second One-Dayer will be played on Friday.