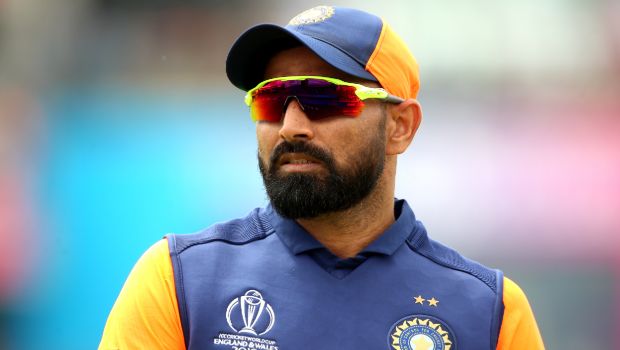 The Indian team could get a much-needed boost ahead of the third Test match as gun fast bowlers Mohammed Shami and Navdeep Saini are expected to be added to the squad.

Meanwhile, Mohammed Shami had sustained a fracture in his wrist in the second innings of the Adelaide Test when he was hit by a rising delivery from Pat Cummins. Subsequently, Shami was ruled out of the last three Test matches against Australia and had to also miss the first two Test matches against England.

However, Shami had started low-intensity training before the first Test match and he is expected to be added to the Test squad as he is almost match-ready. Shami will bring experience to the Indian pace battery and he is always a great addition to the team.

On the other hand, Navdeep Saini had suffered a groin injury in the Gabba Test match against Australia and thus couldn’t bowl much. A BCCI official has revealed that Saini is bowling at full throttle and he is raring to once again go for the national team.

A BCCI official said, “Saini is currently at the National Cricket Academy (NCA) in Bengaluru. He has bowled at full tilt. The Delhi selectors wanted to have his services for the Vijay Hazare Trophy, but Saini was asked to stay back at the NCA, as he is likely to join the team in Ahmedabad.”

India won the second Test match by a gargantuan margin of 317 runs, which is their biggest win against England in terms of the number of runs. The third Test will take place at the Sardar Patel Stadium, Ahmedabad from February 24.