Ind vs Eng 2021: Mohammed Shami could make a comeback in the third Test match – Report 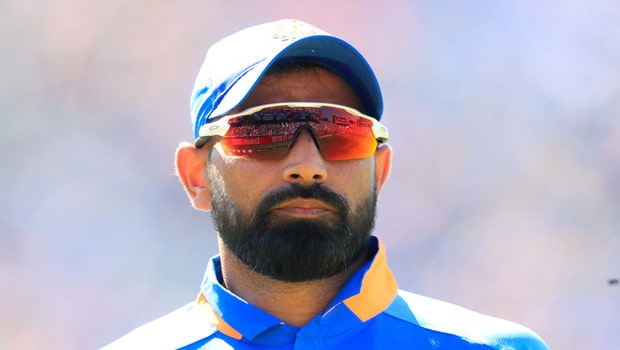 India’s ace paceman Mohammed Shami could make a comeback in the India Test squad for the third Test match in the ongoing series against England. Shami was ruled out after he suffered a hairline fracture in the first Test match against Australia at Adelaide. The gun fast bowler had to retire hurt as India was skittled out for their lowest ever score of 36 runs.

Shami was hit by a rising delivery from Australia’s pack leader Pat Cummins and the pain on his face was visible. The fast bowler has started some low-intensity training and had also uploaded a video of the session on his social media platform.

A source close to PTI said, “Shami’s forearm is fine right now. He will have some low-intensity net sessions for the next few days. He has been advised to bowl around 18 deliveries a day at 50 to 60 percent effort. Since has been out for more than a month and half, that is how the workload will be built. The pink ball Test is still two and half weeks away (February 24). There is a very good chance that Shami will be fit and available for selection.”

The source added that a clear picture will be available in a few days regarding Shami’s recovery.

“That he has started bowling means that his forearm is fine. He doesn’t have any other niggles as of now so by the end of next week, a clearer picture will emerge,” added the source.

Shami has been an integral part of the Indian Test team and he has done a fine job for the Virat Kohli-led team. The 30-year old fast bowler has snared 180 wickets in the 50 Test matches.

Shami has been a consistent performer for the Indian team and he will add value to the team if he recovers in time for the third Test match. The third Test match will be a pink-ball affair and it will be played at the Motera Stadium, Ahmedabad from the 24th of February.

England has posted 578 runs in the first innings while the Indian team is struggling at 108-4.