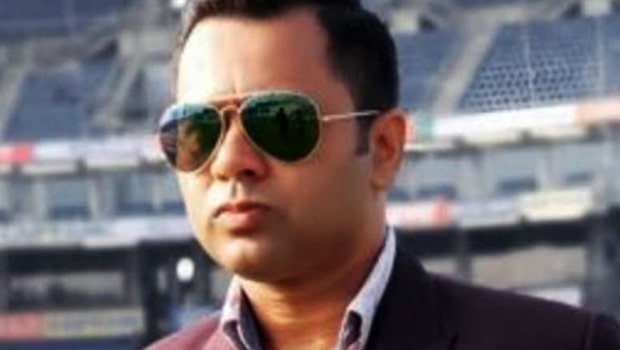 Former Indian opener and now renowned commentator Aakash Chopra believes greenhorn fast bowler Mohammed Siraj is putting pressure on the likes of Jasprit Bumrah, Mohammed Shami, and Umesh Yadav with his consistent performances. Siraj is playing only his fifth Test match but he has shown great control in his bowling.

The fast bowler from Hyderabad has had a dream start to his Test career. Siraj was the pick of the Indian bowlers on the Australian tour as he scalped 13 wickets in the three-Test matches he played. The 26-year old is continuing his good form in the home conditions as well.

Siraj returned with figures of 14-2-42-2 as he bowled in the right areas on the opening day of the fourth Test match against England at the Narendra Modi Stadium, Ahmedabad on Thursday as England were skittled out for a below-par score of 205 runs.

The fast bowler got the big wicket of England captain Joe Root as he plumbed him in front of the wickets. Siraj also dismissed Jonny Bairstow in a similar fashion and thus supported the Indian spinners, who took a total of eight wickets.

Meanwhile, Jasprit Bumrah is missing the ongoing Test due to personal reasons whereas Mohammed Shami has all but recuperated from his wrist fracture. Umesh Yadav was available for selection but Siraj was preferred ahead of him.

“Today Bumrah was not there and you did not have Shami as well and Umesh Yadav is not playing at this moment and despite that, you are not missing any of them. The players we are talking about are runaway match-winners and in fact, this player is putting pressure on them. We are not even discussing Bhuvneshwar Kumar, whom we are waiting for to regain fitness,” said Chopra while talking to Star Sports.

On the other hand, Chopra heaped praise on Siraj as he got the two big wickets despite the fact that the ball was not reversing. Siraj was able to get the ball in the right areas and impressed with his control.

“He got those two wickets when the ball was not reversing. In such a situation if the ball comes in after pitching, he beat the batsmen with that movement and pace. He got Joe Root, who is an amazing player, and Bairstow who was set. To hit a set batsman on the pads like that without the reverse swing shows the future of Indian cricket is very bright,” observed Chopra.

Meanwhile, former Indian spinner Harbhajan Singh opined that Siraj bowling the consistent line was praiseworthy. India is trailing by 181 runs at the end of the first day as they have scored 24-1.