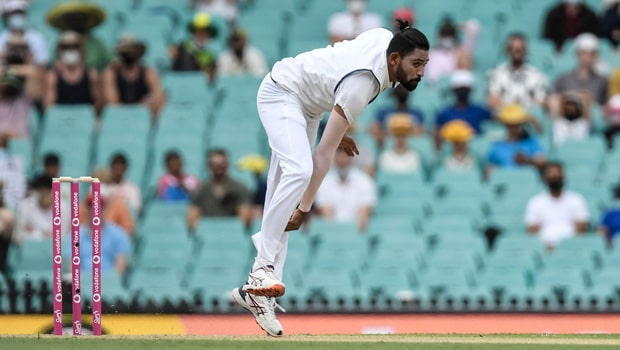 India’s rookie fast bowler Mohammed Siraj, who replaced Jasprit Bumrah in the playing XI for the ongoing fourth Test match against England, had a fine day at the office at the Narendra Modi Stadium on Thursday. Siraj, playing only the fifth Test match of his career, scalped two wickets, including a big wicket of England captain Joe Root.

Siraj was able to get the ball in the good areas and troubled England’s top-order batsmen. The fast bowler from Hyderabad also dismissed Jonny Bairstow, who was looking dangerous.

Meanwhile, Siraj has revealed his strategy against England captain Joe Root. The fast bowler stated that he was getting the ball to move away from the talisman and tried to set him up.

Siraj got the ball to move back in and plumbed the England skipper in front of the wickets. Root didn’t even go for the review as he was sure that the ball will be crashing into the stumps. In fact, Ishant Sharma wasn’t consistent in his line and length but Siraj was right on the money as he returned with figures of 2-45 in 14 overs.

“For Joe Root, I just focused on setting him up by bowling outswingers to him consecutively. I was happy to see the ball swinging away from him,” said Siraj.

“Later when I came on to bowl the next over, I thought about bowling an in-swinger closer to the full length. I’m happy that my plan worked out. I enjoyed it a lot.”

On the other hand, Mohammed Siraj was involved in a verbal spat with England all-rounder Ben Stokes and the Indian skipper Virat Kohli had to step in to handle the situation. Siraj revealed that Stokes had abused him and then he told Kohli about it.

Meanwhile, Siraj has had a great start to his Test career and he will look to continue the good show. The Indian spinners scalped eight wickets on the opening day and Siraj supported them by picking a brace.

England was skittled out for 205 runs on a good batting pitch whereas India has scored 24-1 at the draw of stumps on the first day.