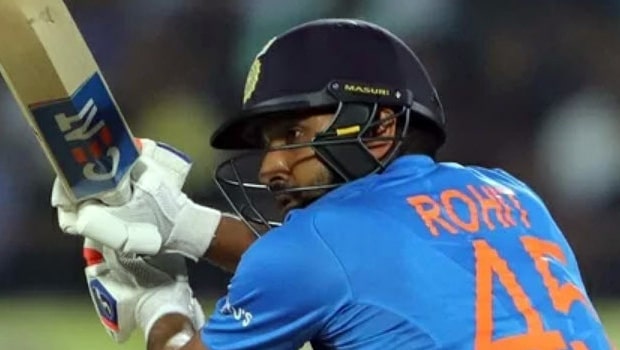 The England batsmen had failed to cope up with the challenging conditions and the visitors were skittled out for 134 and 164 runs in each of the innings. The Indian spinners had breathed down the neck of the tourists’ batsmen in their favourable conditions.

“It’s still early days to talk about the pitch but I don’t see anything changing in the pitch (from) what we played in the second Test match. It’s gonna be more or less on the same page,” Rohit said during a virtual media interaction on Sunday.

“It’s gonna be turning as well. We are preparing accordingly. When the day comes, we need to still assess what it is doing. It’s been a while since an international game has happened on this ground.”

Meanwhile, the third Test match will be a pink-ball affair and thus the fast bowlers are also expected to come into action. The pink-ball moves more than the red-ball and its seam also lasts longer. The England fast bowlers, especially James Anderson, is a master in moving the ball both ways and he will play a crucial role in the third Test.

The second Test match pitch had come up under scrutiny as it was turning square from the opening day. Some of the cricket experts including Michael Vaughan and Kevin Pietersen had criticized the pitch.

On the other hand, Rohit Sharma had played a key role in laying down the foundation of the par score of 329 runs in the first innings of the second Test match. The right-hander scored a magnum opus knock of 161 runs as he played at the top of his game. Rohit added 162 runs with Ajinkya Rahane in the first essay and played a crucial role in India’s win.