Home » Cricket » Ind vs Eng 2021: No pitch talk in the dressing room, we want to keep improving – Jack Leach

Ind vs Eng 2021: No pitch talk in the dressing room, we want to keep improving – Jack Leach 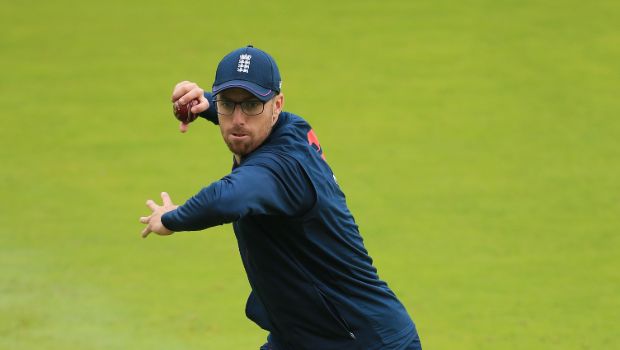 There has been a lot of talk regarding the Ahmedabad pitch as the third Test match was wrapped up within two days.

Some of the former England players lambasted the pitch which was offered whereas Indian boffins feel the visitors’ batsmen were not able to show the gumption which was needed to keep the spinners at bay.

The ball was turning from the opening session and it was challenging conditions for the tourists. However, 21 out of the 30 wickets were either LBW or bowled. England’s left-arm orthodox spinner Jack Leach has revealed that there is no talk regarding the pitch in their dressing room and the focus of the team is to keep improving.

Leach stated that he would want a Test match to last longer than two days from a fan’s perspective. However, the third Test was wrapped within a little over five sessions. 13 wickets were taken on the opening day whereas 17 were bagged on the second day.

On the other hand, Leach admitted that the Indian spinners outbowled them. India played three spinners whereas England played only Leach as their front spinner in Ahmedabad. Axar Patel had scalped 11 wickets in the match whereas Ravichandran Ashwin took seven wickets. Both the spinners breathed down the neck of the visitors’ batsmen.

“They outbowled us on that wicket. Ashwin is a world-class bowler. Axar was very good on that wicket. All the talk has been in the media, in the dressing room, we just talk about getting better,” observed Jack Leach.

Leach added that he has nothing more to say about the pitch and the tourists will aim to bounce back in the series. England is already out of the World Test Championship final race but it will give them a lot of confidence if they can tie the four-match Test series.