Home » Cricket » Ind vs Eng 2021: Our body language and intensity was not up to the mark – Virat Kohli

Ind vs Eng 2021: Our body language and intensity was not up to the mark – Virat Kohli 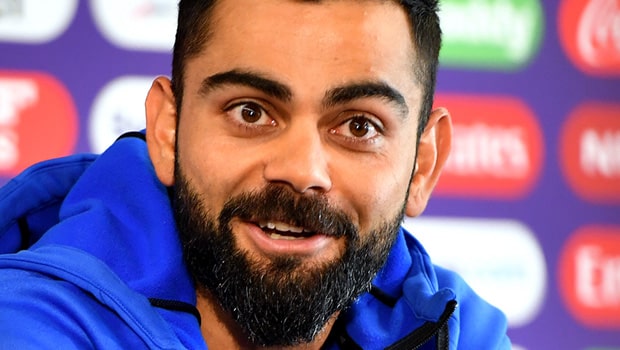 The Indian skipper Virat Kohli believes the team’s body language and intensity was not up to the mark in the first Test match against England at Chennai. England won the first Test match by a mammoth margin of 227 runs as the visitors stunned the hosts. Kohli feels his team was not accurate with the ball in the first innings but also admitted the fact that there wasn’t much help for the bowlers in the first two days of the match.

However, Kohli also gave credit to England for outplaying them in all the three departments of the game throughout the match. England posted a gargantuan total of 578 runs as the visitors batted for more than two days. Joe Root scored a magnificent knock of 218 runs in the first innings, which propelled his team to a massive score.

Subsequently, Dom Bess was the pick of the England bowlers in the first innings as he scalped four wickets. England gave a target of 420 runs to the Indian team and once again their bowlers did a fine job in the second innings.

Jack Leach got help on the final day and returned with figures of 4-76. Furthermore, England’s pack leader James Anderson got the ball to reverse swing and got the crucial wickets of Shubman Gill and Ajinkya Rahane in the same over. Anderson also bamboozled Rishabh Pant with a slower delivery.

Virat Kohli said in the post-match presentation, “Our body language and intensity was not up to the mark, second innings we were much better. We were better in the second half of the first innings with the bat, not the first four batters. We have to understand the things that we have done decently in this game and the things that we haven’t and as a side we are always looking to improve. England were far more professional and consistent throughout the Test match than we were”.

Kohli added that his bowlers were not able to create enough pressure on the opposition batsmen in the first essay and they will look to be at their best in the second Test match at the same venue.

Kohli added, “I don’t think we put enough pressure on them with the ball in the first half. Collectively as a bowling unit, fast bowlers and Ash, were good in the first innings but we also needed to contain a few more runs and create pressure. Having said that, it was a slow wicket and not helping the bowlers which made it easy for the batsmen to rotate strike and get into the game. Just looked like not much was happening in it on the first two days. But credit to England, they got stuck in and put up a big total on the board”.

The Indian skipper stated that there are no excuses for the loss and they will look to bounce back stronger in the second Test match, which will take place at the MA Chidambaram Stadium, Chennai from 13 February.