Home » Cricket » Ind vs Eng 2021: Our bowling in the first half was exceptional – Eoin Morgan

Ind vs Eng 2021: Our bowling in the first half was exceptional – Eoin Morgan 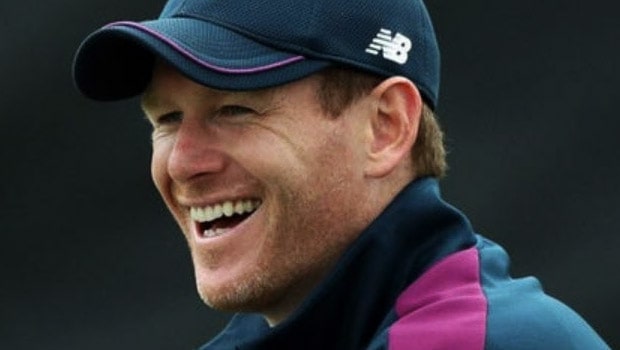 England’s skipper Eoin Morgan credited his fast bowlers after the visitors won the third T20I against India at the Narendra Modi Stadium, Ahmedabad on Tuesday by eight wickets.

England’s pace battery breathed down the neck of the Indian batsmen in the first six overs as they conceded only 24 runs and most importantly scalped three wickets.

Thus, the hosts were right away put on the back foot and it was always going to be difficult for the Virat Kohli-led team to reach a par score from there. Mark Wood, who came back into the final XI, bowled at express pace and provided the first breakthrough in the third over when he clean bowled KL Rahul for naught.

Subsequently, Wood got the big wicket of Rohit Sharma, who returned to India’s playing XI, with a short-pitched delivery. Chris Jordan bowled a wicket-maiden first over as he got rid of dangerous Ishan Kishan to add salt to the injury for the Indian team.

Archer, Wood, and Jordan bowled consistently above 140 km/h and they didn’t let the Indian batsmen find any kind of momentum. Mark Wood was the pick of the bowlers as he scalped three wickets in his first three overs and only conceded 14 runs. Wood also accounted for Shreyas Iyer in his third over but his figures were spoiled by Virat Kohli as he was taken for 17 runs in his final over.

Eoin Morgan said in the post-match presentation, “The carry we saw throughout the whole game, it was a bit of a surprise for us. Our guys don’t find that too hard to adjust to. The first half of our bowling was exceptional. When you look at the lines and lengths that we bowled, the plans that we had and taking early wickets as well … it makes a huge difference in the game. The wicket stayed very similar. There is another challenge setting a total particularly when there’s one short side, you just don’t know what a good score is going to be”.

On the other hand, Morgan heaped praise on England’s swashbuckling opener Jos Buttler, who scored a match-winning unbeaten knock of 83 runs off just 52 balls. Not only this is Buttler’s highest score in the shortest format of the game but it is the highest score for any English batsman against India.

Morgan added, “Jos is a world-class player, we are very lucky to have him. He competes with the best in the world when it comes to opening the batting. There’s very little you have to say to Jos. He’s a great leader within our group, been around for a long time. Obviously, he’s a huge influence in the dressing room. He’s a great friend of mine”.

The fourth T20I will take place at the same venue on Thursday.