Home » Cricket » Ind vs Eng 2021: Pink ball a different challenge, I will be ready – Jack Leach

Ind vs Eng 2021: Pink ball a different challenge, I will be ready – Jack Leach 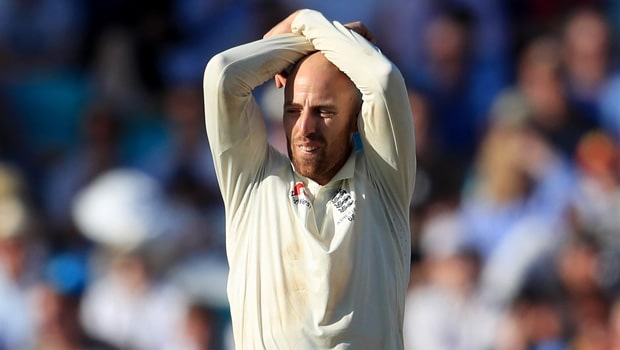 India’s left-arm orthodox spinner Jack Leach has admitted that it will be a different challenge to bowl with the pink ball but he will be ready. Leach has been the pick of the England bowlers thus far as he has scalped 12 wickets in the two-Test matches he has played at an average of 29.92.

Leach has shown control in his bowling and he has been the go-to bowler for England skipper Joe Root. The left-arm spinner had taken the hammering from Rishabh Pant in the first innings of the first Test match but since then he has bounced back in style.

Leach feels that England has got all the bases covered for the pink-ball Test. The pink-ball moves more than the red ball and thus Leach understands that his role can change in the Day-Night Test match.

“We want to be adaptable, we feel like we’ve got all bases covered in our squad so I think it’s going to be a fascinating Test match if the ball is moving around, and if so, it might be a slightly different role for me. I’ve definitely thought about that – it’ll be a different challenge and I’ll be ready,” Leach wrote in ‘Sky Sports’.

Leach added that the visitors are well-prepared for the pink-ball Test and had a good session under lights. The 29-year old spinner has thus played 14 Test matches but he doesn’t have a lot of experience of playing in the Day-Night Tests. Leach noted that batting can become a difficult task in the twilight session with the pink ball.

On England’s preparations, Leach said, “We had a good session under lights that started in that twilight period, and while I don’t have much experience of playing in these day-night games, I’ve heard that during twilight can be a tough time to bat.

“The pink ball has definitely swung a little bit more than the red one out here and, at the moment at least, the pitch looks like it’s got a bit of grass on it. …they might cut all that grass off and it will look very different.it is a truer wicket, then it’ll spin less but if it is like the last Test, then it isn’t going to matter what colour the ball is, it’ll spin!” he said.

Leach also played down the chatter around the second Test match pitch, which had assisted the spinners from the opening session of the first day. There is no doubt that Leach will play a crucial role in the absence of Moeen Ali and it is expected that Dom Bess will join him for the third Test.

Leach has shown the skills to hit the consistent areas and he will look to deliver the goods for the team. The third Test match will be played at the Sardar Patel Stadium, Ahmedabad from February 24.