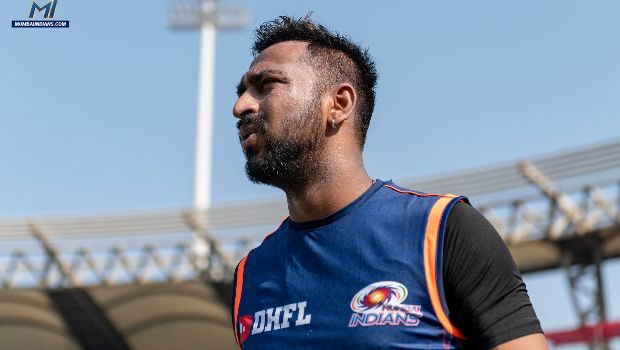 It is reported that Karnataka fast bowler Prasidh Krishna and Baroda all-rounder Krunal Pandya might get maiden ODI call-ups for the upcoming three-match series against England.

Both of these players come up with stellar performances in the recently concluded Vijay Hazare Trophy.

Krishna scalped 14 wickets in seven matches at an average of 22.21 and bowled at the top of his game in the tournament. The lanky fast bowler is expected to replace India’s gun pacer Jasprit Bumrah, who got married to TV Sports Presenter, Sanjana Ganesan on Monday.

On the other hand, Krunal Pandya also came up with a scintillating performance in the Vijay Hazare Trophy. The southpaw scored 388 runs in five matches at a staggering average of 129.33 and a blistering strike rate of 117.93. Thus, the Baroda captain could be part of the 18-man ODI squad of the Indian team, according to reports in Cricbuzz.

Meanwhile, earlier it was reported that Prithvi Shaw and Devdutt Padikkal will get their place in the ODI squad despite their heroic performance in the Vijay Hazare trophy. Shaw became the first player to score more than 800 runs in the tourney as he amassed 827 runs in eight matches at a sublime average of 165.40 and a whirlwind strike rate of 138.29.

Furthermore, Shaw also leapfrogged Mayank Agarwal’s record of most runs in the single edition of the Vijay Hazare Trophy as the Karnataka batsman had scored 723 runs in the 2018 edition.

On the other side, Devdutt Padikkal continued to impress with his batting skills. The left-hander ended as the second-highest run-getter of the tournament as he scored 737 runs in seven matches at an average of 147.40 and a strike rate of 95.96.

The three ODIs will be played behind closed doors at the Maharashtra Cricket Association stadium. The first ODI will take place on 23rd March.