Ind vs Eng 2021: Rahul Chahar could be added to India’s T20I squad against England – Report 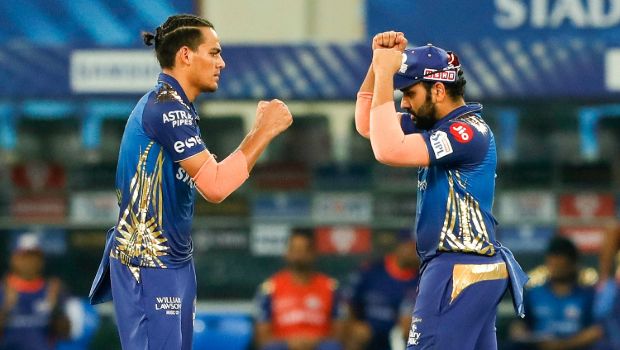 India’s leg-spinner Rahul Chahar could be added to the T20I squad for the upcoming five-match series against England.

As per the reports in Cricbuzz, it is reported that Chahar can be added to the squad after Varun Chakravarthy and Rahul Tewatia have reportedly failed their respective fitness Test.

Tewatia is currently in quarantine with the rest of the squad in Ahmedabad. On the other hand, Varun Chakravarthy has instructed to work on his fitness at the National Cricket Academy in Bangalore. This is the second time when Chakravarthy will miss his chance as a shoulder injury had ruled him out of the Australian tour when he had earned his maiden call-up.

Meanwhile, Chahar was part of the standby players during the Test series against England. There is a good chance for Chahar to be added to the squad since the other standby players from the Test series, K.S. Bharat, Abhimanyu Easwaran, Shahbaz Nadeem, and Priyank Panchal were released for the Vijay Hazare Trophy.

The leg-spinner had impressed one and all with his performances while playing for reigning champions Mumbai Indians in IPL 2020 as he had scalped 15 wickets in as many matches at an average of 28.27. Chahar had snared 13 wickets in 13 matches in IPL 2019 and thus he has done well for the five-time champions in the last couple of seasons.

Meanwhile, Rahul Chahar had made his T20I debut against West Indies back in August 2019 and scalped a solitary wicket of the opposition captain Carlos Brathwaite. The leg-spinner conceded 27 runs in the three overs he bowled but he hasn’t played for the national team since then.

Chahar, who hails from Rajasthan, has scalped 30 wickets in 31 IPL matches at an average of 26.63. The first T20I against England takes place at the grand Narendra Modi Stadium, Ahmedabad on March 12.