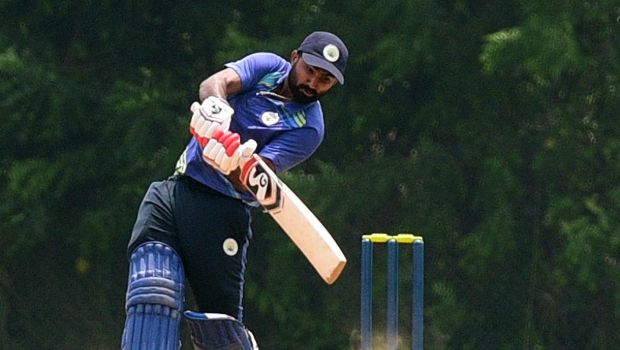 It has been reported that India’s all-rounder Rahul Tewatia has failed the fitness test before the T20I series against England.

Tewatia had earned his maiden national call-up in the last month for the five-match T20I series versus England. In fact, it is reported that mystery spinner Varun Chakravarthy has also failed his fitness test ahead of the T20I series.

As per the new standards of the national selection, a player should complete a 2-km run in 8 minutes and 30 seconds or attain a score of 17.1 in the Yo-Yo Test.

It has been noticed in the past that many players have been dropped from the squad if they fail to attain the required fitness score. The current Indian team under Virat Kohli has set a benchmark of a high level of fitness.

However, Rahul Tewatia will get another shot to prove his fitness before a final call will be taken on his availability.

“It has been introduced to push fitness standards and maintain endurance. He will get more than one chance,” a source said to The Telegraph.

Meanwhile, Tewatia had hogged the limelight in the previous season of the IPL 2020 while playing for Rajasthan Royals. Tewatia was struggling to get quick runs against Kings XI Punjab but he was able to turn the tables as he smashed Sheldon Cottrell for five sixes in an over. Thus, the left-hander scored an unbeaten knock of 53 runs to take RR to an improbable win.

Tewatia had a breakthrough previous season in the IPL as he scored 255 runs at an impressive average of 42.50 and a blistering strike rate of 140 in the 14 matches he played. Thus, he impressed one and all with his skills and added the finishing touches for the Royals. Furthermore, Tewatia scalped 10 wickets at an impressive economy rate of 7.08.

Meanwhile, all the five T20Is will take place at the Narendra Modi Stadium, Ahmedabad. The first T20I will be played on the 12th of March.