Home » Cricket » Ind vs Eng 2021: Ravichandran Ashwin is an asset to the Indian team – Kiran More

Ind vs Eng 2021: Ravichandran Ashwin is an asset to the Indian team – Kiran More 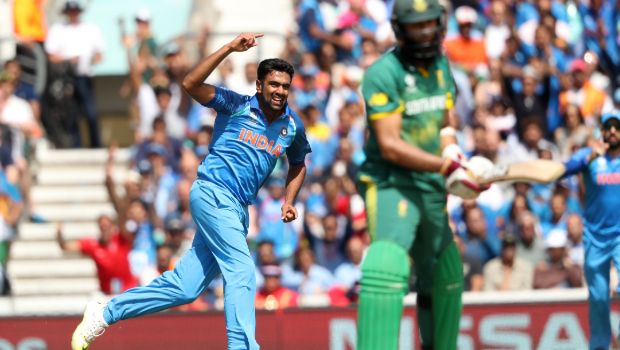 Former Indian wicket-keeper batsman and national selector Kiran More has said that Ravichandran Ashwin is an asset to the Indian team.

Ashwin came up with all-around performance in the second Test match against England. The off-spinner first scalped a five-wicket haul in the first innings, which was his 29th in the Test fold.

Subsequently, Ashwin scored a magnificent knock of 106 runs in the second innings and thus took India’s lead to 481 runs. Ashwin was able to hit the ground running as he made great use of the sweep shot against the English spinners. Thus, Ashwin achieved the double of five-wicket haul and a hundred in the same Test match for the third time in his glorious Test career.

In fact, Ashwin hadn’t produced the goods with the bat in the last couple of years but he has been able to turn the tables since the Sydney Test against Australia, where he played a match-saving 128-ball 39 runs knock.

Furthermore, Ashwin scalped three wickets in the second essay against England. Thus, the all-rounder was awarded the Player of the match for his fine performance with both bat as well as the ball.

“Ashwin is a matured wine. He has five hundreds and when you have that you are an all-rounder. I always thought he was a better batsman (than what he is perceived). He plays very correctly and has some great shots. He can cut well, pull well and he has always batted well. It’s not that he started batting well after Sydney. Maybe the knock gave him more confidence.

“He’s an asset for the Indian team. When you talk about all-rounders, Ashwin is amongst the best in world cricket,” said Kiran More while talking to Sportskeeda.

Ashwin has done a fine job for the Indian team throughout his illustrious career and his record in the Indian conditions speaks for itself. The all-rounder was at his best in the second Test and he will look to continue the good show against England.

Ashwin has all the experience under his belt and he is only six wickets away from reaching 400 Test wickets. He will become the fourth Indian bowler after Kapil Dev, Anil Kumble, and Harbhajan Singh to reach the landmark.

The third Test match will take place at the Sardar Patel Stadium, Ahmedabad from February 24 and it will be a Day-Night contest.