Home » Cricket » Ind vs Eng 2021: Ravichandran Ashwin is incredible, he is the professor of the game – Mark Butcher

Ind vs Eng 2021: Ravichandran Ashwin is incredible, he is the professor of the game – Mark Butcher 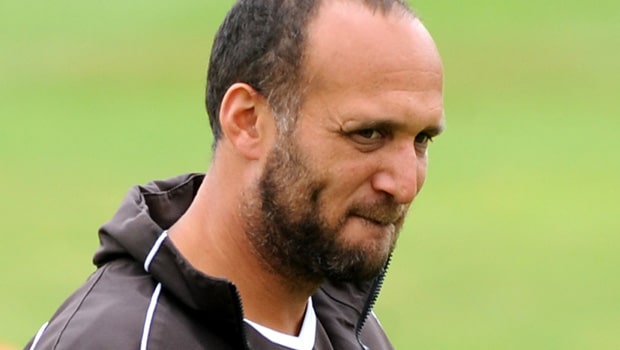 Former England batsman and now commentator Mark Butcher has heaped praise on India’s talisman spinner Ravichandran Ashwin. The veteran off-spinner scalped his 29th five-wicket haul in the Test fold and played a key role in dismissing England on 134 runs in the first innings.

Ashwin has all the experience under his belt and he was almost unplayable on the difficult pitch of the Chepauk Stadium. The off-spinner breathed down the neck of the opposition batsmen with his skills and asked the right questions.

Furthermore, Ashwin leapfrogged Harbhajan’s tally of 266 wickets at home turf and he has the second-highest wickets in India after Anil Kumble, who had scalped 350 wickets at home.

Moreover, Ashwin scalped his 22nd five-wicket in the home conditions, and he has overtaken James Anderson’s record of most five-wicket hauls.

Ashwin returned with figures of 5-43 as he bowled at the top of his game. The off-spinner bowled in the right areas and he was able to reap the rewards. The veteran spinner accounted for Dom Sibley, Dan Lawrence, Ben Stokes, Olly Stone, and Stuart Broad.

“Fair enough, you have a pitch that is taking turn and conditions that suit you but he is then able to work out ‘how do I get the ball from my hand in the most dangerous spot in 3 or more different ways. I will go a little bit flatter, a little bit quicker and a little bit slower’.

Ashwin has been a champion bowler in the Indian conditions and he knows how to make the most of the conditions. The off-spinner has a plethora of weapons in his armory and he knows which one he should use in what situation of the match.

Meanwhile, India is in a dominating position in the ongoing second Test match as they currently lead by 249 runs. The hosts are currently 54-1 in the second innings and they have put their noses ahead.