Ind vs Eng 2021: Ravichandran Ashwin is reinventing himself – VVS Laxman 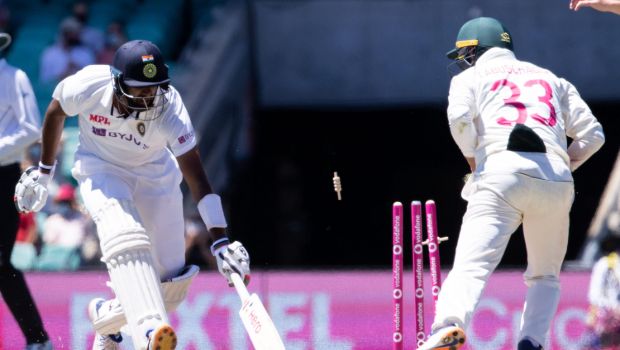 Former Indian batsman VVS Laxman has heaped praise on veteran off-spinner Ravichandran Ashwin. The off-spinner is well known for his guile and he has savoured great success in the Test format.

Ashwin completed 400 Test wickets in the third Test against England when he plumbed Jofra Archer in front of the wickets.

Furthermore, the off-spinner had also snared nine wickets in the first match. Thus, the veteran spinner has bagged a total of 24 wickets in the three Test matches at an impressive average of 15.71 in the ongoing series against England.

“I think he is a very intelligent person. When you are playing at the highest level, it is not only about the skill but it is about your preparation, it is about your planning, and execution is so critical. He works out what are the weaknesses of the batsmen, he plans those dismissals and that is why I think he is reinventing himself,” said Laxman while talking to Star Sports Cricket Connected.

On the other hand, Ashwin had also claimed 12 wickets in the three Test matches against Australia. The 34-year old spinner had continuously troubled Steve Smith and had played a key role in keeping him quiet as he dismissed him twice in the first two Test matches.

“We saw recently in the Australia series how he troubled someone as great as Steve Smith and that’s another thing which makes Ashwin or any champion player special is he always wants to be the best and compete against the best,” added Laxman.

“Phenomenal, seventy-seven Test matches for 400 Test wickets. Let the naysayers be, the fact is that when the pitch is dished out there are four or five spinners playing on the very same surface. One guy is picking more wickets than anybody else and it is not that you are playing only on rank turners,” said Chopra.

Ashwin has been a consistent performer for the Indian team and he will look to continue the good show. The spinner has been lethal in the Indian conditions and it is not easy to keep him at bay.

The fourth Test match will take place at the same venue of Narendra Modi Stadium, Ahmedabad from March 4.