Home » Cricket » Ind vs Eng 2021: Ravichandran Ashwin not being part of the white-ball scheme of things is very unfortunate – Gautam Gambhir

Ind vs Eng 2021: Ravichandran Ashwin not being part of the white-ball scheme of things is very unfortunate – Gautam Gambhir 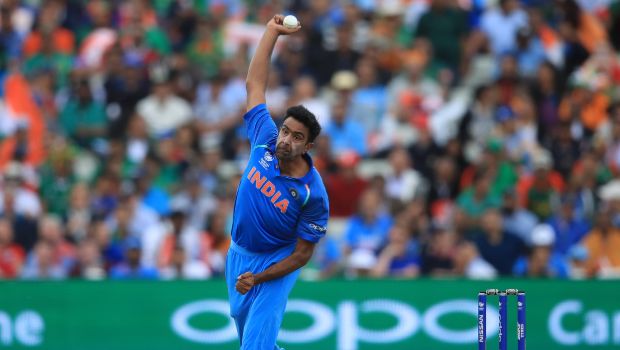 Former Indian opener Gautam Gambhir feels it is ‘unfortunate’ that Ravichandran Ashwin is not being part of India’s white-ball scheme of things.

Ashwin last played a white-ball match for the national team back in July 2017 and since then he hasn’t been considered in the limited-overs team.

With players like Hardik Pandya, Ravindra Jadeja rising through the ranks in the white-ball team, it has become difficult for Ashwin to get back into the reckoning. Furthermore, Kuldeep Yadav and Yuzvendra Chahal were able to grab their opportunities in 2017 and they did a fine job for the team.

In fact, Ashwin hadn’t done badly in the colored jersey for the team but he didn’t get any opportunities after getting dropped. Furthermore, Ashwin has done a fine job in the red-ball fold of the game and his records speak for himself.

“Someone who is coming close to taking 400 wickets and the same time getting five Test hundreds and still not being part of the white-ball scheme of things is very unfortunate. He is just a class act,” said Gautam Gambhir while talking to Star Sports Cricket Connected.

“He is just a quality bowler and his subtle variations. The amount of cricket he has played and the longevity he has played with and still the kind of impact he has had, it is just unbelievable,” observed Gambhir.

On the other hand, Ravichandran Ashwin was at his best in the second Test match against England. Ashwin scalped eight wickets in the match, including a five-wicket haul (5-43_ in the first innings.

Moreover, the right-hander scored a majestic knock of 106 runs in the second innings and took India’s lead to 481 runs. Thus, Ashwin was awarded the Player of the Match for his all-around performance.

Ashwin is returning the goods with the bat and he will look to continue the good show. If he can consistently deliver with both bat as well as the ball, there could be a chance that Ashwin might get back into the limited-overs reckoning.

The third Test match will take place at Sardar Patel Stadium, Ahmedabad from tomorrow and it will be a pink-ball affair.