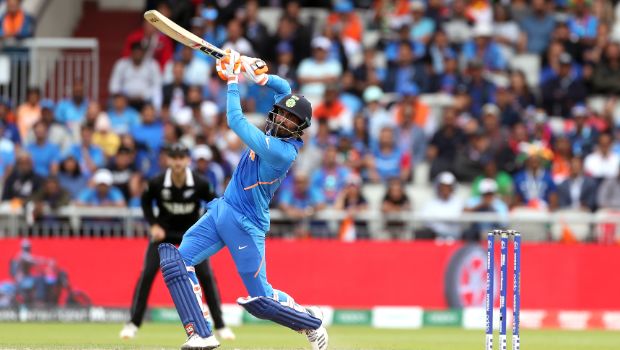 India’s all-rounder Ravindra Jadeja is likely to miss the entire Test series against England. It was expected earlier that Jadeja might be available for the last two Test matches against the English team.

However, according to a Cricbuzz report, there’s ‘no chance’ that he will gain full fitness for the Tests.

In fact, if Jadeja had regained his fitness, then he would have immediately flown to Ahmedabad to complete his quarantine period. Subsequently, Jadeja would have been allowed to join his India teammates.

Jadeja had suffered a thumb injury in the third Test match against Australia at the Sydney Cricket Ground when he was hit on the hand by a rising delivery from Mitchell Starc. Jadeja could not participate in the second innings with the ball but he was seen with his pad on in the second innings.

This is a massive blow for the Indian team as Jadeja has been in sublime form. The left-hander scored a fine knock of 57 runs in the second Test match at the MCG and had added 121 runs with skipper Ajinkya Rahane. Thus, Jadeja was in fine form with the bat and his services will be missed by the hosts.

In the absence of Ravindra Jadeja, Axar Patel was picked in the Test squad for the series against England. However, Patel complained of knee pain before the first Test match, and thus Shahbaz Nadeem was picked in the final XI.

Nadeem returned with figures of 2-167 and 2-66 in the first Test match and thus he is expected to be replaced by either Kuldeep Yadav or Axar Patel.