Home » Cricket » Ind vs Eng 2021: Ravindra Jadeja ruled out of the Test series, call on white-ball series to be taken later – Reports

Ind vs Eng 2021: Ravindra Jadeja ruled out of the Test series, call on white-ball series to be taken later – Reports 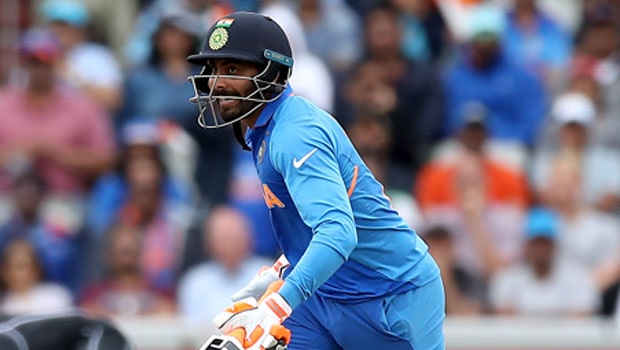 India’s talisman all-rounder Ravindra Jadeja has been reportedly ruled out of the upcoming four-match Test series against England. Jadeja had picked up a thumb injury in the third Test at the Sydney Cricket Ground when he was hit by a rising delivery from Mitchell Starc. After scans, it was revealed that Jadeja will be ruled out of the fourth Test match and he had undergone a thumb surgery.

England will begin their tour with Test matches at Chennai, which will begin in the first week of February. After Chennai, both the teams will travel to Ahmedabad for the last two Test matches. Subsequently, they will lock horns in five-match T20I series and three-match ODI series. However, a call on Jadeja’s availability in the white-ball series will be taken later.

It is reported that Jadeja will take at least six weeks to fully recover from the thumb injury he suffered in Australia.

“He (Jadeja) is out of the Test series and he will take more than six weeks to recover completely. The selectors will take a call later, whether to include him in the team for the shorter formats,” The Indian Express quoted a BCCI source as saying.

Jadeja’s absence is a massive blow for the Indian team as he is in sublime form. The left-hander has significantly improved his batting and he had done well in the limited-overs series against Australia. Furthermore, Jadeja had also scored a crucial knock of 57 runs in the Boxing Day Test match at the MCG.