Home » Cricket » Ind vs Eng 2021: Really feel for Rishabh Pant when he gets compared with MS Dhoni and Wriddhiman Saha – Ashwin

Ind vs Eng 2021: Really feel for Rishabh Pant when he gets compared with MS Dhoni and Wriddhiman Saha – Ashwin 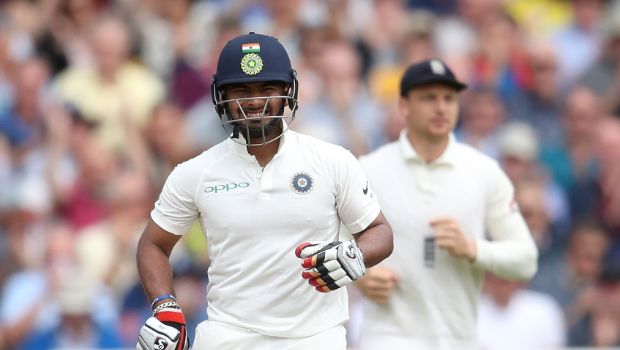 Pant is still young in his International career and he is expected to get better with experience.

Comparing Pant with the likes of MS Dhoni and Wriddhiman Saha is a tad unfair on the youngster as he hasn’t played a lot of cricket. Pant has shown the skills to go way in his career especially with the bat but he is a work-in-progress with the gloves.

However, Pant was at his absolute best behind the stumps in the first innings of the ongoing second Test match against England at Chepauk. Pant grabbed two brilliant catches to dismiss Ollie Pope and Jack Leach as he took two one-handed blinders on Day two.

“I really do feel for Rishabh on a lot of occasions even when I am watching games from home when he is playing the white-ball format. He was constantly compared with the great MS Dhoni for a long time and now he gets compared for his wicket-keeping with Saha. I think sometimes it is better to give a break and let people build on the confidence. And he definitely got the ability, that is why he is here and I have no doubt, he will go from strength to strength from here on,” Ashwin said in the press conference.

Meanwhile, Pant is carrying the confidence of his batting into his keeping. The left-hander scored a whirlwind knock of 58 runs in the first innings and it has rubbed into his wicket-keeping.

Pant has been in top form with the bat as he had scored a fine knock of 91 runs in the first Test match. The left-hander had also scored a match-winning 89 runs in the Gabba Test match against Australia.

“With respect to Rishabh Pant’s keeping, the name of the game is confidence. He has been batting well and he has been working incredibly hard on his keeping as well. When you are constantly being compared to someone who has done well for years, it can be really hard,” added Ashwin.

Rishabh Pant has done a fine job for the Indian team in the last couple of Test matches and he has definitely grown in confidence. However, Pant couldn’t contribute much with the bat in the second innings as he was stumped after scoring eight runs.

India currently leads by 269 runs and have six wickets in hand.