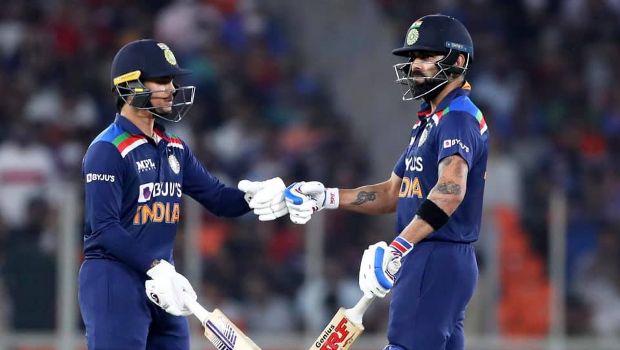 Sehwag believes Pant and Kishan should make it big like Kohli when it is their day. Kohli is one of the most consistent batsmen in the world and he mostly takes the team over the line if he gets settled.

Meanwhile, Rishabh Pant is known for his aggressive style of batting and he has the skills to turn the match on its head. Pant has played some match-winning knocks in the Test format and he is also shown great maturity in the red-ball format but he is yet to prove his mettle in the limited-over format.

Pant knows how to bat in the top gear but he can not always throw caution to the wind. It is noticed that Pant sometimes throws away his wicket with an uncalled shot, which can be a little frustrating.

Meanwhile, Ishan Kishan is also known for his aggressive batting. Kishan made an impressive start to his international career as he scored 56 runs from 32 balls in the second T20I. However, Kishan didn’t finish the game and was dismissed when he tried to play the reverse sweep. But Kishan was playing his first match and he is expected to learn with more experience.

On the other hand, Virat Kohli is known to finish most of the matches and plays with guile during the run-chase. Kohli mostly makes it big if it is his day and it is a difficult task for the opposition to dismiss him if he gets going.

“When it’s Virat Kohli’s days, he ensures he finishes the match and is right there till the end, irrespective of the format he is batting in. That’s a special aspect about his batting. Rishabh Pant and Ishan Kishan should learn from Kohli that when it’s your day, just don’t get out,” Sehwag said while talking to Cricbuzz.

“That’s exactly what Tendulkar used to do. He used to tell me, ‘if today is a good day for you, then play as long as you can, remain not out and score runs’ because what kind of day you have tomorrow, whether you’ll score runs, is not known. But today, you know the way you’re playing, the ball is appearing like a football,” he added.

The third T20I between India and England will take place today in Ahmedabad.