Ind vs Eng 2021: Rishabh Pant has got Virender Sehwag’s ability to put fear into the opposing bowlers – Michael Vaughan 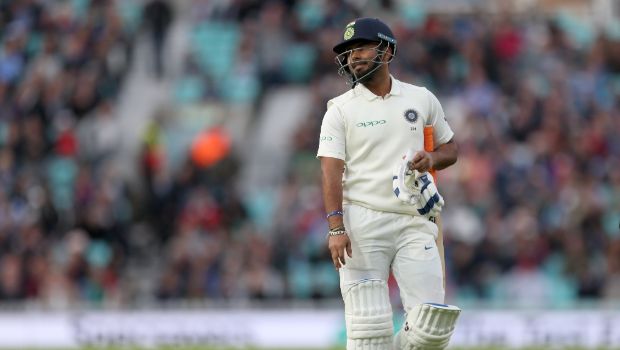 Vaughan believes Pant has got the same ability as Sehwag to put fear into the opposition bowlers. Sehwag was known to take the attack on the opposing bowlers from the get-go and played his natural game.

In fact, the former Indian Test opener had a strike rate of 82.2 in the Test fold and he gave a lot of quick starts to the team. Sehwag was fearless in his batting approach and loved taking the attack to the bowlers. Rishabh Pant also bats with the same approach and he is mostly aggressive in his strokeplay.

The southpaw has had a great start to his Test career as he has scored 1088 runs in 16 Test matches at an average of 43.5 and a strike rate of 68.5. Pant played a fine match-winning knock of 89 runs in the second innings of the Gabba Test match to take India to a historic win.

Vaughan believes Pant might get out for low scores in some of the matches but he has the skills to win a lot of games for the Indian team.

“Sehwag put the fear into opposing bowlers and Pant has the same ability at six to do the same. He will make mistakes and get out for low scores at times but he will also win so many games,” Michael Vaughan said, as quoted by Sky Sports.

Vaughan added that Pant is the most enjoyable cricketers to watch when he bats as he can take the game away from the opposition in a jiffy. The former English skipper rated Pant as highly as Ben Stokes as the two players he loves to watch.

“He is up there with Ben Stokes as the most enjoyable cricketers to watch. When Pant goes out to bat, I watch. I would not want to be next in because you know things will happen,” Vaughan said.

“But if he continues to play the game with the joy and energy he has at the moment as if he is still an 11-year-old then he will pose so many challenges to the opposing team.”

Rishabh Pant did a fine job on the Australian tour as he delivered the goods with the bat. The left-hander top-scored for the visitors as he amassed 274 runs in the three-Test matches he played at an average of 68.50. Pant has the skills to hit the big shots and he can turn the match on its head.

Pant will be seen in action in the first Test match against England at the MA Chidambaram Stadium, Chennai, which starts tomorrow.