Ind vs Eng 2021: Rishabh Pant has to 100% play ahead of Wriddhiman Saha – Aakash Chopra 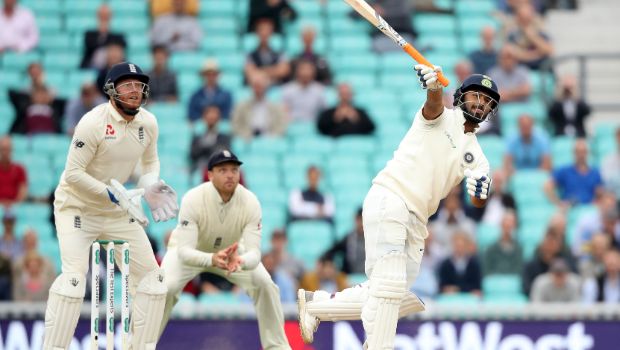 Former Indian opener and now a renowned commentator Aakash Chopra believes Rishabh Pant has to 100% play ahead of Wriddhiman Saha in the first Test match against England.

It is noticed that India prefers to play Wriddhiman Saha in the Indian conditions as he is great behind the stumps, especially while keeping against the spinners. But Saha hasn’t been able to come up with consistent performances with the bat.

However, it will be hard to leave Rishabh Pant out of the final XI after his heroics on the Australian tour. Pant had scored a match-winning knock of 89 runs in the second innings of the Gabba Test match and took the team to a historic win. The southpaw scored 274 runs in the three-Test matches at an average of 68.50 and top-scored for the visitors.

Pant has impressed with his batting skills and he has shown that he can take the game away from the opposition with his blistering batting. On the other hand, Pant is expected to get better with his wicket-keeping as he will gain more experience.

Pant has often come under scrutiny for his shot-selection but he was able to deliver the goods with the bat on the Australian tour but he had also dropped some catches.

“I feel Pant will play first because if you don’t play him now, how will you show your face and what reason you will give to him for not playing him. It is true that his keeping is not as good as Saha but he is not a goalkeeper, he is a keeper and takes good catches. He does drop catches, but who doesn’t drop catches. Paine and Saha also dropped catches,” said Chopra while talking on YouTube channel.

“Even if we agree that his keeping is a work in progress, it will only improve if he keeps wickets. So in my opinion, Rishabh Pant has to 100% play ahead of Saha at this point in time,” added Chopra.

Rishabh Pant adds value while batting at number six for the Indian team and he can turn the match on its head. Meanwhile, Pant has only played a couple of Test matches in the Indian conditions and he will have his work cut out while standing up to the Indian spinners. Pant has scored 1088 runs in 16 Test matches at an average of 43.5.