Home » Cricket » Ind vs Eng 2021: Rishabh Pant is only going to get better from here – Gautam Gambhir

Ind vs Eng 2021: Rishabh Pant is only going to get better from here – Gautam Gambhir 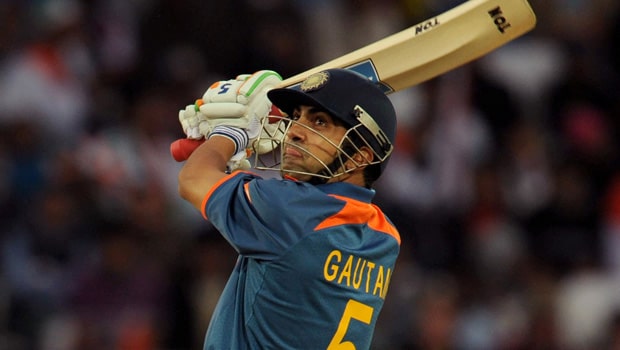 Former Indian opener Gautam Gambhir has heaped praise on the wicket-keeper batsman, Rishabh Pant. The left-hander scored a blistering unbeaten knock of 58 runs in the first innings of the ongoing second Test match against England. Thus, he played an instrumental role in taking India to a par score of 329 runs.

Pant took on the attack against the England bowlers after Axar Patel was dismissed early on the second day. The combative southpaw made good use of his feet to get to the pitch of the ball against the spinners and scored seven fours and three maximums in his knock.

Subsequently, Pant carried the batting confidence in his wicket-keeping and the same was palpable in his performance. The Indian wicket-keeper first took a one-handed blinder to dismiss Ollie Pope and then took another fine catch to get rid of Jack Leach.

Pant’s wicket-keeping has always been the scanner and he has been often compared with former Indian captain, MS Dhoni – which is a tad unfair on the youngster. However, Pant’s glovework has been top class in the ongoing second Test match against and he has kept brilliantly on a difficult pitch.

“He’s just confident from batting. If you are batting really well it just reflects on your keeping as well. This is probably the toughest wicket to keep against Ashwin, Axar. He’s only going to get better from here on looking at the way he’s kept wickets in this innings.

“Obviously it was a big challenge for him, and it’s only going to get easier from here on. And I’m sure, over a period of time once he keeps scoring runs and keeps working on his keeping, he’s got to be a great package for India because someone who can bat at No.6 and change the game for India, there are not many in world cricket at the moment, probably Buttler is someone who can change the game with his batting skill and he’s a good wicketkeeper.

“So Rishabh Pant, if he keeps doing what he’s done in this Test match, he’s a great asset for Indian cricket,” Gambhir said on Star Sports.

Rishabh Pant has definitely grown in confidence in the last couple of Test matches. Pant’s performance was also outstanding on the Australian tour. The attacking left-hander had scored an unbeaten knock of 89 runs in the Gabba Test match and had taken India to a historic win. The southpaw had finished as India’s leading run-getter in the Test series with 274 runs in three Test matches he played.

Pant will look to keep delivering the goods in the coming matches. India currently leads by 249 runs in the second Test match and have nine wickets in hand.