Home » Cricket » Ind vs Eng 2021: Rishabh Pant was the difference between India and England – Inzamam-ul-Haq

Ind vs Eng 2021: Rishabh Pant was the difference between India and England – Inzamam-ul-Haq 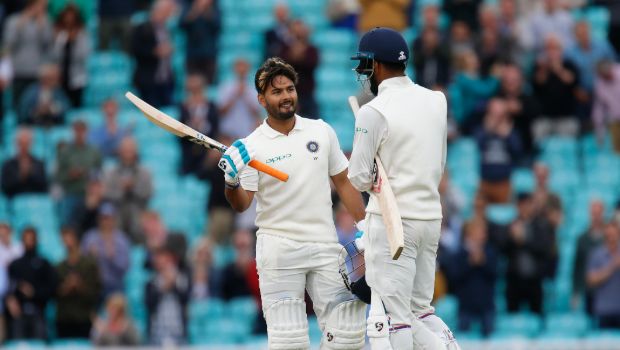 Former Pakistan skipper Inzamam-ul-Haq believes Rishabh Pant was the difference between the two sides in the recently concluded series between India and England.

Inzamam stated Pant plays without any pressure and he has been able to give his best in the last six months.

It has been fruitful last few months for Rishabh Pant as he has batted at the top of his game. The Delhi lad scored an attacking knock of 97 runs in the Sydney Test match and even gave a glimmer of hope to the Indian team. Pant scored 274 runs in the three-Test matches against Australia and played a match-winning knock of 89 runs in the historic Gabba Test.

Pant also did a decent job in the T20I series as he provided the finishing touches in a couple of innings. The left-hander scored 102 runs in four innings at an average of 25.50.

The combative batsman also grabbed his opportunities in the ODI series. Pant smashed 77 runs off just 40 balls in the second ODI but his knock went in vain. Subsequently, Pant played another fine knock of 78 runs from 62 balls in the third ODI against England on Sunday. Furthermore, Pant has tremendously improved his wicket-keeping skills and he was brilliant in the Test series against England.

“What a player he is. After a long time, I’ve seen such a player who plays much better than you think of a player how he should be. I’ve been following him since the India tour of Australia. He doesn’t seem like playing under pressure,” Inzamam said in a video uploaded on his Youtube channel.

“Even in Australia, when all the seniors were out with injuries, his effortless batting at the middle-order made it look as if India haven’t lost any wicket or they aren’t playing on Australian soil.

Rishabh Pant will aim to continue the same form in the upcoming IPL season, where he will play for Delhi Capitals. Delhi will begin its IPL campaign against Chennai Super Kings on 10th April at the Wankhede Stadium, Mumbai.