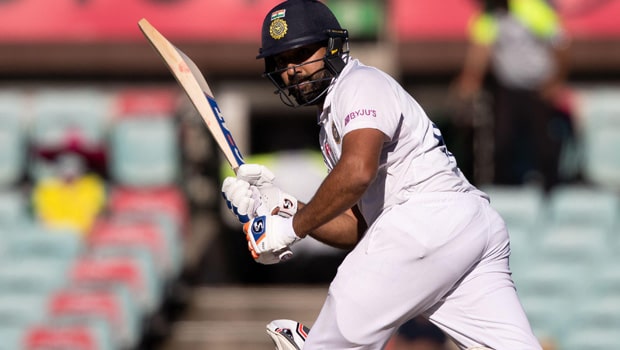 India’s talisman opener Rohit Sharma has become the fastest opening Asian batsman to register 1000 Test runs. Rohit achieved the milestone during his gutsy knock of 49 runs in the first innings of the ongoing fourth Test match at the Narendra Modi Stadium, Ahmedabad on Friday.

The linchpin has scored 1030 runs in the 11 Test matches he has played in the ongoing ICC World Test Championship at an average of 64.37. Rohit has scored four centuries and two fifties in the ongoing WTC. Australia’s talisman batsman Marnus Labuschagne is the highest run-getter in the WTC as he has amassed 1675 runs in 13 Test matches at an impressive average of 72.82.

Moreover, Rohit is also the second-highest run-getter for India in the World Test Championship after Ajinkya Rahane, who has scored 1095 runs at an average of 43.80 in 17 Test matches. In fact, none of the other Indian batsmen have gone past the 1000-run mark in the WTC.

On the other hand, Rohit had gained six places in the ICC Test rankings to secure the career-best rank of eighth place. Meanwhile, Rohit took all the time in the world to get going in the first innings. The right-hander scored a gutsy knock of 49 runs and his knock was ended by Ben Stokes, who got the ball to jag back in, to plumb him in front of the wickets.