Home » Cricket » Ind vs Eng 2021: Rohit Sharma has been a revelation as an opening batsman – Sunil Gavaskar

Ind vs Eng 2021: Rohit Sharma has been a revelation as an opening batsman – Sunil Gavaskar 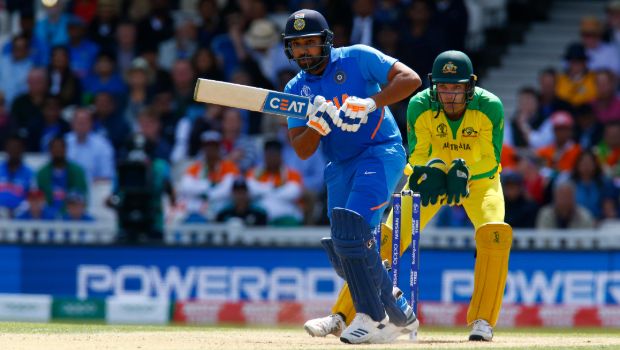 Indian legend Sunil Gavaskar has heaped praise on talisman Rohit Sharma, stating that the batsman has been a revelation as a Test opener.

Rohit was at his best in the recently concluded four-match Test series against England as he top-scored for India with 345 runs in seven innings at an impressive average of 57.50.

Rohit’s best knock of the series came in the second Test match at the MA Chidambaram Stadium, Chennai when he scored a magnum opus knock of 161 runs. The linchpin showed great technique against the England bowlers and played a key role in helping the team post a par score of 329 runs on a difficult pitch.

The flamboyant batsman then scored a vital knock of 66 runs in the third Test match and helped the team in getting to 145 runs. Rohit looked at ease while facing the England spinners in the tough conditions and he was able to deliver the goods.

In fact, Rohit was getting off to starts on the Australian tour but couldn’t convert them into substantial scores. However, the veteran batsman was at his best against England and there is no doubt that he has taken the opening role like fish to water.

“Rohit Sharma has been a revelation as an opening batsman. We have seen him in limited-overs cricket but in the red-ball cricket which does a lot more, there wasn’t that certainty that he would get runs,” said Gavaskar while talking to Star Sports.

“But he has shown in the opportunities that he has had in the series against South Africa and now over here that he is capable of getting runs as an opening batsman too. So, that has been a huge plus, and the way he shows the time that he has, the way he paces his innings I think he is going to do a lot more for India,” added Gavaskar.

The Little Master added Rohit is India’s best batsman against the spinners and he was able to play the England spinners with aplomb.

“I think Rohit is the best player of spin in India. He has got more talent in his little finger than many others combined,” said Gavaskar.

Rohit was at his best in the Test series and he will look to continue the good show against England in the upcoming T20I series. The first T20I will take place at the Narendra Modi Stadium, Ahmedabad on 12th March.