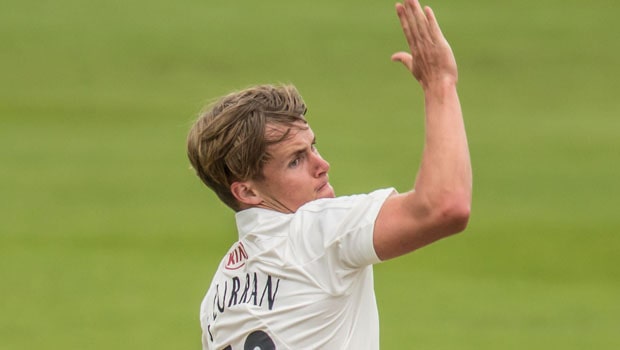 England standing captain in the third ODI Jos Buttler has heaped high praise on all-rounder Sam Curran. Buttler stated that the left-hander showed shades of MS Dhoni when he helped his team get closer to the target of 330 runs in the third ODI against India at the Maharashtra Cricket Association Stadium, Pune on Sunday.

England was under the cosh when they lost seven wickets for 200 runs but Sam Curran didn’t throw the towel. The left-hander dominated the Indian bowlers and delivered under pressure. Curran added 57 runs with Adil Rashid and then added 60 runs with Mark Wood, where he farmed most of the strike.

The left-hander was able to find the gaps to perfection and showed great maturity in targeting the weak Indian bowlers. Curran decided to play out Bhuvneshwar Kumar and attack other Indian bowlers but England fell short by seven runs despite his brilliant effort.

Meanwhile, Curran also had a successful IPL 2020 for Chennai Super Kings. The left-hander scored 186 runs in 11 innings at an average of 23.25 and a strike rate of 131.91. Curran got the chance to learn from MS Dhoni and he was able to make the most of it. In fact, the all-rounder recently admitted that he became a better player after plying his trade in the IPL.

“I am sure Sam will want to talk to MS Dhoni about today’s innings. There were shades of how he (MS Dhoni) would have tried to take that down if he was in that position. He is a great person for Sam to go and have a conversation with. We all know what an amazing cricketer, finisher, and player he is. Again, it’s a brilliant learning curve to share the dressing room with someone of MS Dhoni’s stature,” Jos Buttler said in the post-match press conference.

England is known to bat deep and Curran showed his class in the final ODI. Curran also has the skills to move the ball both ways and he can trouble the batsmen with his swing in the powerplay overs.

Curran will be seen playing in the IPL under the captaincy of MS Dhoni and he will aim to be at his best. CSK will begin their IPL campaign against Delhi Capitals at the Wankhede Stadium on 10th April at 7:30 IST.