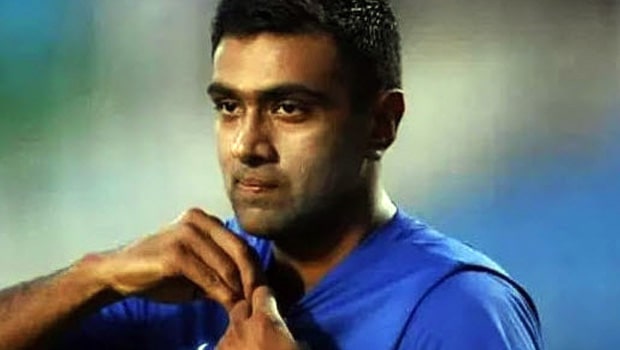 India’s veteran off-spinner Ravichandran Ashwin has defended the Chepauk pitch, which has been turning square from the opening day of the Test match against England. Ashwin stated the seaming conditions when the ball darts around at 140kph are more challenging for the batsmen than the spinning conditions.

The off-spinner feels the batsmen have more time to adjust to line and length while facing the spinners on a difficult pitch whereas they have less time when they are facing the fast bowlers in arduous conditions.

Whenever the ball is landing on the second Test pitch, a puff of dust is coming up, which are not good signs for the batsmen. India had no hesitation in opting to bat first and they did a fine job in posting 329 runs on the board after Rohit Sharma scored a brilliant 161 whereas Ajinkya Rahane and Rishabh Pant also contributed with respective fifties.

Rohit Sharma and Ajinkya Rahane looked at ease during their alliance of 162 runs. However, the pitch was almost unplayable on the second day as 15 wickets fell down.

“When it comes to spin, unfortunately, people don’t expect… they want conditions in their favour, driving, cutting everything needs to happen. But when it comes to a seaming wicket, you can’t do all those when you start in the morning. I think the same kind of benchmarks need to be set when you play spin on a challenging pitch as well,” Ashwin told reporters after India ended Day 2 with a 249-run lead in their bank.

“I don’t know if they have complaints. If they do, it’s quite natural for people to come up against adverse conditions and then be taken aback by it. In all honesty, in the 7 days of Test cricket we have played s far, England has played really well, competed really well. But time and again, there are conditions that will challenge you, be it spin or be it seam.

“The only comparison I would say is if the ball is moving around in 140-150 clicks off the deck, that has to be more challenging than someone bowling at 85 or 90 kph when the ball is spinning. Clearly, the challenges are way greater when you come up against seam. It’s just the same way when you play spin, you have to give it to the bowler, play time, and then look to score runs. It’s another form of art, that’s it. As simple as that.”

The sub-continent conditions are always difficult for the foreign players and it is never easy to savour success in the Indian conditions as the quality of the spinners is high class. Ravichandran Ashwin was at his best on the second day’s play as he scalped his 29th five-wicket haul. Ashwin bowled at the top of his game and bamboozled the English batsmen with his skills.

Furthermore, the pressure was relentless from both ends as Axar Patel also bowled a tight spell of 2-40 in his 20 overs. The hosts were able to skittle out the visitors for a paltry score of 134 runs in the first innings and currently the Indian team lead by 249 runs with nine wickets in hand.