Home » Cricket » Ind vs Eng 2021: Shardul Thakur and Bhuvneshwar Kumar should have been Player of the Match and Series – Virat Kohli

Ind vs Eng 2021: Shardul Thakur and Bhuvneshwar Kumar should have been Player of the Match and Series – Virat Kohli 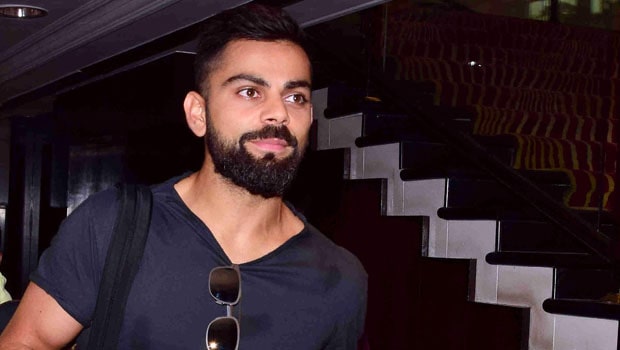 The Indian skipper Virat Kohli was left surprised after Sam Curran and Jonny Bairstow were given the Player of the Match and Series awards respectively after the completion of the three-match ODI series against England at the Maharashtra Cricket Association Stadium, Pune on Sunday.

Curran scored a blistering knock of 95 runs off 83 balls with the help of nine fours and three sixes to help England get closer to the target of 330 runs. In fact, England was down and out at one stage as they had lost seven wickets for 200 runs but Curran was able to get his team back in the contest with his superb batting. However, Curran’s effort went in vain as England lost by seven runs. Furthermore, Curran provided the crucial breakthrough of Rishabh Pant.

On the other hand, Jonny Bairstow was able to deliver the goods for England while batting at the top of the order. Bairstow top-scored with a total of 219 runs in the three-match series at an impressive average of 73. The right-hander scored 94 runs in the first ODI and then scored a match-winning knock of 124 runs in the second game.

Bhuvneshwar Kumar scalped a total of six wickets in the three ODIs and bowled with an average of 22.5. Kumar had the best economy rate of 4.66 in the series and showed why he is one of the best white-ball bowlers in the world.

Virat Kohli said in the post-match presentation, “I’m surprised Shardul wasn’t the man of the match, and Bhuvi wasn’t the man of the series. A lot of credit to them for bowling so well in adverse conditions. Prasidh and Krunal were impressive but death overs batting was extremely good, despite the early wickets, and if the top three can get a hundred, then we can get 370s and 380s later. This win has been sweet because it’s against the top team in the world, and we’re looking forward to the IPL. It’s been an amazing season, series, and this was a great way to finish it off”.

India defeated England by 3-1 in the Test series and by 2-1 in the T20I and the ODI series. Thus, the hosts were able to win all the series against the English team.