Ind vs Eng 2021: Shardul Thakur was the silent hero of the T20I series – Zaheer Khan 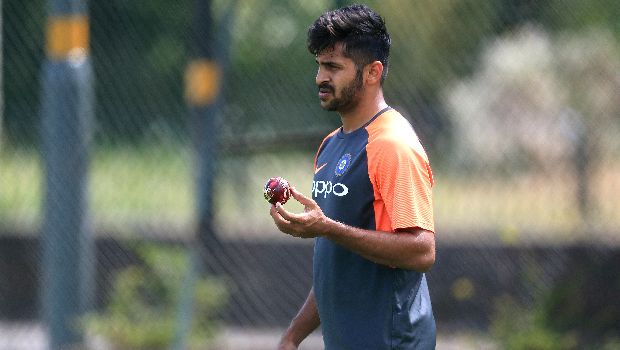 Thakur finished as the highest wicket-taker of the T20I series as he scalped eight wickets at an average of 21 in the five matches he played.

The fast bowler impressed with his variations and showed all the guile to change the pace. Thakur was instrumental in turning the fourth T20I on its head when he dismissed Ben Stokes and Eoin Morgan on consecutive balls. Thakur then had to bowl a difficult last over when he was put under pressure by Jofra Archer but he was able to hold on to his nerves.

Subsequently, Thakur also played a key role in India’s win in the final T20I as scalped three wickets. Furthermore, the fast bowler dismissed Jonny Bairstow and Dawid Malan in the same over to get on top. The fast bowler from Mumbai made good use of slower balls as well the knuckleball to flummox the England batsmen.

Moreover, Thakur had smashed 10 runs off just four balls in the fourth T20I and had added the finishing touches for the team. Thus, Shardul Thakur was one of the biggest positives for the team.

Zaheer Khan said while talking to Cricbuzz, “Shardul Thakur, if you’ve noticed… there are so many big names in this Indian cricket team, so much of flamboyance. In all of that, this player is doing his job silently. He’s the silent hero of this series. His numbers are as good as any top player.”

Zaheer added that Shardul has the ability to thrive in any kind of situation in the game. Thakur has been high on confidence since he scalped seven wickets and scored 67 runs in the Brisbane Test match against Australia. The fast bowler has been able to continue his sublime form and it is a great sign for Indian cricket.

“Ever since the Australia series, I have seen a big change in his thinking and body language. Even if you look at him carefully in the field, his confidence is sparkling. When you are playing international cricket for long, it usually takes people time to understand their game and prolong their career, but Thakur is already at a stage where he knows what’s best for him and what he needs to avoid. Put him in any situation and he will thrive.”

Shardul will aim to continue the same form in the upcoming ODI series. The first ODI will take place at the Maharashtra Cricket Association Stadium, Pune behind closed doors on 23rd March.