Home » Cricket » Ind vs Eng 2021: Shubman Gill may be feeling the pressure of expectations after Australia tour – Sunil Gavaskar 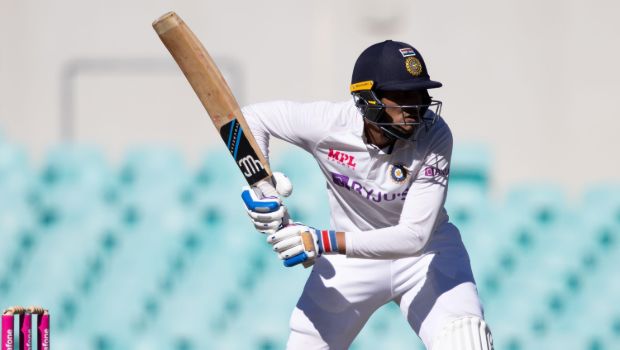 Former Indian legendary batsman Sunil Gavaskar feels Shubman Gill may be feeling the pressure of expectations after a successful tour of Australia.

Gill had a dream start to his Test career on the Australian tour as he scored 259 runs in three Test matches at an impressive average of 51.80.

Gill had scored a crucial knock of 91 runs in the second innings of the historic Brisbane Test as India had stunned Australia. However, the right-hander from Punjab hasn’t been able to replicate the same kind of form in the ongoing four-match Test series against England.

Gill has returned with scores of 29, 50, 0, 14, 11, 15*, and 0 in the ongoing series as he has failed to convert his start into substantial scores. The flamboyant batsman has scored a total of 119 runs at a paltry average of 19.83 in the seven innings. Thus, the youngster is under the pump and he will need to come up with a better performance.

Gavaskar believes Gill needs to play straighter at the beginning of his innings.

“It’s just a bad patch that anybody can go through. Expectations after the Australia tour were sky high, maybe he’s feeling the pressure of those expectations. “Also he needs to play a bit straight at the start of the innings, he is playing across the line at the moment which is getting him into trouble,” Gavaskar told India Today.

On the other hand, the Indian spinners were once again relentless as they picked eight wickets between them to snuff out the visitors for a below-par score of 205 runs. Axar Patel was once again the chief destroyer as he scalped four wickets whereas Ravichandran Ashwin took three wickets.

Mohammed Siraj bagged a brace whereas Washington Sundar took the important wicket of Ben Stokes. The Little Master heaped praise on the Indian bowlers for the collective effort.

“Indian spinners and bowlers have bowled really well. England players have not shown the application, determination required to fight it out despite the fact that the odd-ball was turning. They were playing down the wrong line, they came in with a lot of preconceived ideas.

Meanwhile, England has made a solid comeback as they have taken three wickets in the opening session on day two. India could only muster 54 runs as the England bowlers kept a tight leash on the proceedings.