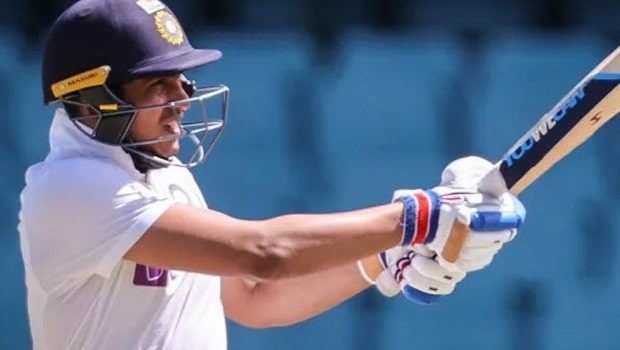 Former Indian batsman Anshuman Gaekwad feels Shubman Gill needs to play closer to the body to savour success. Gill had a dream start to his Test career as he scored 259 runs in three Test matches against Australia at an average of 51.80. The right-hander played a crucial knock of 91 runs and played a key role in India’s historic win at the Gabba.

The flamboyant batsman scored a total of 119 runs at a paltry average of 19.83 in the seven innings. Gill was troubled by the incoming delivery and he was also dismissed while playing away from the body. Thus, the youngster will need to tighten the screws as players like KL Rahul and Mayank Agarwal are waiting in the wings.

Anshuman Gaekwad said while talking to The Telegraph, “I found his footwork a little less this time than how it was in Australia. That could be because of the uncertainty in the wickets, but then, that is of utmost importance.”

“He shouldn’t play away from the body. He has been doing so of late and that’s where he got into trouble. For openers, on any wicket, it’s important to play late and close to the body — let the ball come in and not reach towards the ball. Your movement should be as less as possible at the time of delivery. You also have to be steady, your balance has to be right and you can’t be falling on the off-side. These are small things though and can be rectified in time. But he has to do it in order to progress further.”

Gaekwad added that there is no need to panic over Gill’s form as he has got the right temperament. The former Indian head coach believes that it is not easy to consistently savour success at the top level and Gill will need to turn the tables in the coming matches.

Shubman Gill has shown the skills to go a long way in his career and he has delivered the goods. Gill has an impressive first-class average of 60.18 and he will look to come up with his best.

Gill will now be seen in action in the upcoming Indian Premier League while playing for Kolkata Knight Riders. The IPL will begin on April 9 at Chennai with the opening match between MI and RCB.