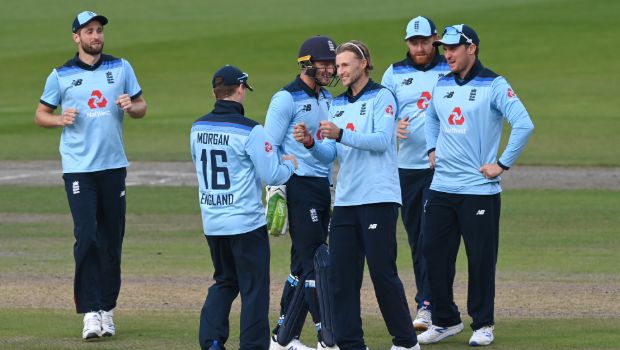 Indian legend Sunil Gavaskar has raised questions on England’s declaration tactics. The tourists were defensive in their approach and didn’t declare despite being so far ahead in the game.

England was finally skittled out for 178 runs, which gave a huge target of 420 runs to the hosts.

The visitors had a first-innings lead of 241 runs and they could have declared after scoring 125-150 runs. However, they kept batting and batted for 46.3 overs in their second dig. Thus, as a result, their bowlers will have fewer overs to bowl at the hosts’ batsmen.

In fact, India had recently chased down 328 runs in the Gabba Test match against Australia and it would have been on Joe Root’s mind when he was thinking of the declaration. Furthermore, England had also not declared in the first innings as the tourists batted for more than two days and they were finally dismissed after scoring a huge total of 578 runs.

“Their tactics were beyond my understanding. The way they extended their innings, it seems like their bowlers – Jimmy Anderson, Jack Leach, and Dom Bess – their contract says that they will bat twice in every Test. Otherwise, they should have declared. If they had declared earlier, their bowlers would have got more overs,” said Gavaskar while talking to Star Sports.

Gavaskar added India won’t be looking to chase down the improbable target of 420 runs on a difficult day five pitch. However, the Little Master feels England could rue their tactics if they have taken eight or nine wickets but then don’t have enough overs to bowl.

“It should not be a situation tomorrow evening that India has lost 8 or 9 wickets at a score of 280-300 and England are not able to win the match because they do not have overs left. I don’t think the Indian team can score 380 runs tomorrow, the way Rishabh Pant and Virat Kohli bat, they can come close but to get to a 420-run target on the fifth day is very difficult. So England has greater chances of winning this match,” added Sunil Gavaskar.

The former legendary batsman added that the tourists were defensive in their field placements. Former Australian magician spinner Shane Warne had also lambasted Root’s tactics in the second innings.

However, England is in a dominating position as they need another four wickets to win the first Test match.