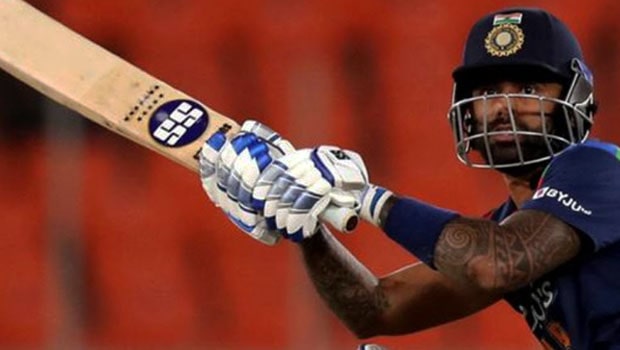 Former Indian opener and now a renowned cricket analyst Aakash Chopra believes Suryakumar Yadav has better chances of playing than wicket-keeper batsman Rishabh Pant in the second ODI against England. One of either Suryakumar Yadav or Rishabh Pant will get their opportunity in the playing XI after Shreyas Iyer was ruled out of the final two games after partially dislocating his left shoulder.

Meanwhile, Suryakumar Yadav had made an impressive start to his international career as he scored 57 runs from 31 balls in his debut innings in the fourth T20I. Yadav then scored a quickfire knock of 32 runs off just 17 balls to help the team in continuing the momentum, which opener Rohit Sharma had provided in the deciding matches.

Pant then scored 102 runs at an average of 25.50 in four T20I innings against England at a strike rate of 129.11. Pant has impressed with his wicket-keeping skills and he has turned the match on its head with his blistering batting.

However, as KL Rahul had got back into form in the first ODI as he had scored 63 runs off 42 balls, he would be backed as the first-choice gloveman of the team.

“It is a toss-up between Pant and Suryakumar Yadav. If this ODI series was after the Test series, we would have said with closed eyes to play Pant. But now we are going to say Suryakumar Yadav has more chances of playing because nowadays the flavours change in the Indian team every week and currently it is the flavour of Suryakumar Yadav. So, I feel you will see him making his debut,” said Chopra in a discussion with ESPN Cricinfo.

On the other hand, Chopra believes India’s under-fire wrist spinner Kuldeep Yadav should be a given a longer run. Yadav has been warming the benches in the recent past and he has scalped 18 wickets in his last 18 ODI matches at an average of 53.

“You should give it one hundred percent. If Chahal is sitting out, there is pain in your heart that your match-winner is sitting out. But if you have played Kuldeep the first match, then you are not going to do good to either of them if you replace him now,” said Chopra.