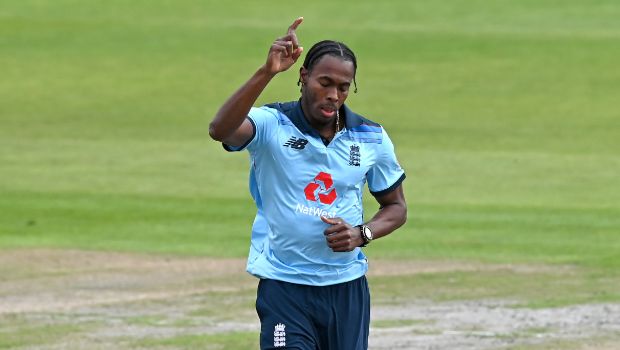 Former England player and renowned commentator David Lloyd stated that the way Jofra Archer bowled in the first innings of the ongoing first Test match against England is the best he has seen him ever bowl in his young career.

Archer has got the pace under his belt and he can breathe down the neck of the opposition batsmen with his speed.

Archer bowled a peach of a delivery to dismiss Rohit Sharma and gave a perfect start to England after they posted a gargantuan score of 578 runs on the board. Subsequently, the gun fast bowler dismissed Shubman Gill, who was looking dangerous.

Archer took two early wickets and gave the impetus to his team. In fact, none of the fast bowlers were able to get the purchase from the Chennai track however Archer was able to get some extra bounce due to his height and smooth run-up.

David Lloyd wrote for Daily Mail, “What a terrific spell with the new ball that was from Jofra Archer on Sunday. Absolutely world-class fast bowling. He put the wind up India. They were hopping around! Make no mistake, this is a flat pitch but not only did Jofra get some bounce from it he also got the ball to swing. I reckon that’s the best I’ve seen Archer bowl in Test cricket.”

Archer is touring for the first time in the subcontinent conditions but he has been able to get the ball in the right areas.

The fast bowler has scalped 38 wickets in 11 Test matches at an average of 31.1. Archer has shown the skills to go a long way in his career and he will look to continue the good show.

England needed an opening in the first innings and it was provided by Archer against the Indian openers. Shubman Gill had scored a fine knock of 91 runs in the Gabba Test match whereas Rohit has a average of 88 in the Indian conditions. Thus, both of these batsmen were big wickets for the tourists.

Archer returned with 2-75 in his 21 overs and bowled at the top of his game in the opening spell. Meanwhile, England were able to dismiss India at 337 runs and the visitors had a first innings lead of 241 runs. England are currently 43-2 and they lead by 284 runs.