Home » Cricket » Ind vs Eng 2021: The comeback in Chennai pleased me the most – Virat Kohli

Ind vs Eng 2021: The comeback in Chennai pleased me the most – Virat Kohli 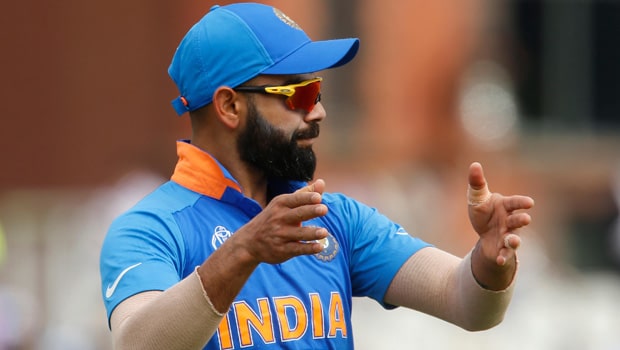 The Indian captain ViratKohli has revealed that the comeback in Chennai pleased him the most after his team won the fourth Test match by an innings and 25 runs and thus secured their berth in the final of the ICC World Test Championship.

After a scintillating series win against Australia by 2-1, India lost the first Test match against England by a massive margin of 227 runs.

Meanwhile, India had won the toss in the second Test match at Chennai but it was a very tricky surface. The hosts did well to post a par score of 329 runs after Rohit Sharma scored a magnificent knock of 161 runs. Subsequently, Axar Patel and Ravichandran Ashwin did the damage with the ball as the spin duo picked 15 wickets between them.

India was able to get the momentum under their belt and there was no stopping them after the win in the second Test match. The hosts completely dominated the last two Test matches as England was just not good enough against the Indian spinners.

Kohli believes Rohit Sharma’s knock of 161 runs was incredible and that was equivalent to a score of 250 as there was a lot of help for the spinners.

ViratKohli said in the post-match presentation, “The comeback in Chennai pleased me the most. The first game was an aberration and England outplayed us. The toss played a crucial role and the bowlers weren’t in the contest. We bowled and fielded with more intensity and so the comeback was very heartening”.

“We had to pick up our body language after the first game in Chennai. Every team in international cricket is a quality side and we need to work hard to beat them, even at home. Rohit’s batting was incredible. His 150 on that pitch was equivalent to 250 on a true wicket”.

India was able to come up with a collective team effort and they ticked the right boxes. The hosts made a resounding comeback after the first Test loss and they played with better intensity from the second Test onwards.

India will now face England in a five-match T20I series, starting on 12th March at the Narendra Modi Stadium, Ahmedabad.