Home » Cricket » Ind vs Eng 2021: The pitch had no demons, we also made a lot of mistakes – Rohit Sharma

Ind vs Eng 2021: The pitch had no demons, we also made a lot of mistakes – Rohit Sharma 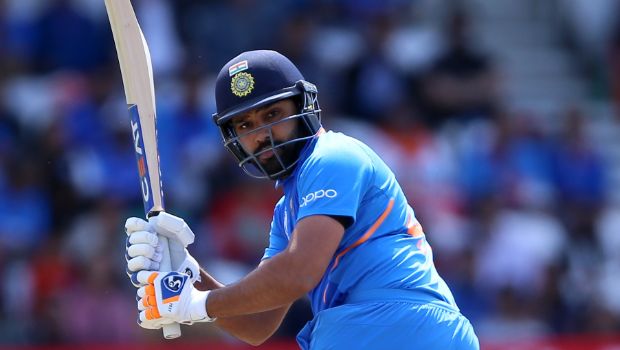 The third Test match between India and England lasted for only 140.2 overs, in which 387 runs were scored. A total of 30 wickets were taken and the game was completed in almost five sessions.

13 wickets fell on the opening day whereas 17 were taken on the second day. However, India’s opening batsman Rohit Sharma believes there were no demons in the pitch and the hosts also made a lot of mistakes as they lost seven wickets for only 46 runs.

In fact, 21 of the 30 wickets were taken on straight balls. The pitch was turning square but it was the straighter ball that did the bulk of the damage. The batsmen were not mentally prepared for the pitch and there is no doubt that the batting was not up to the mark. This was the first time England lost a Test inside two days since 1912 as it became the shortest completed Test since 1935.

England was skittled out for a paltry score of 112 runs in the first innings and then the Indian team could only manage 145 runs. Subsequently, the visitors were bundled out for 81 runs in the second essay and thus gave a target of only 49 runs to the hosts.

Rohit believes it is crucial for the batsmen to apply themselves on a pitch like this and keep their concentration level high.

“To be honest, on a pitch like that.. the pitch didn’t do anything. If I can recollect, most of the batsmen got out to straighter deliveries. Not just them, we, as a batting unit, made a lot of mistakes. We didn’t bat well in the first innings. The pitch had nothing as such, no such demons as we call. It was a nice pitch to bat on, once you’re in, you can score runs as well,” Rohit said during a virtual press conference.

Axar Patel was the pick of Indian bowlers as he returned with figures of 11-70 and thus he was awarded the Player of the match. Ravichandran Ashwin also took seven wickets in the match.

On the other hand, Rohit Sharma scored a fine knock of 66 runs in the first innings and it turned out to be the difference in the end. The flamboyant batsman also scored an unbeaten 25 in the second essay.

The fourth Test match will be played at the same venue from March 4.