Home » Cricket » Ind vs Eng 2021: The toss wouldn’t have mattered much in this game – Virat Kohli

Ind vs Eng 2021: The toss wouldn’t have mattered much in this game – Virat Kohli 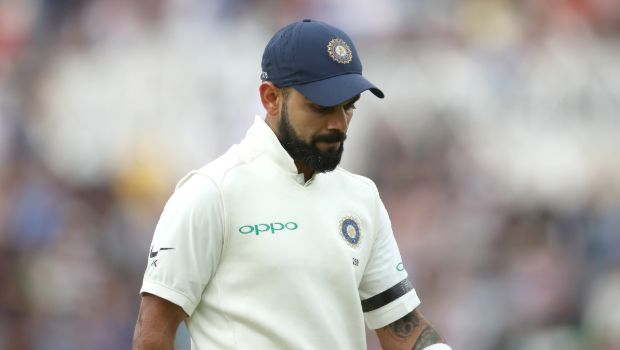 The Indian skipper Virat Kohli believes the toss wouldn’t have mattered much in the second Test match at the Chepauk Stadium as the hosts thumped England by a massive margin of 317 runs on Tuesday.

Kohli had won the toss and had no hesitation in opting to bat first. India posted a par score of 329 runs in the first innings after Rohit Sharma scored a fine knock of 161 runs.

Furthermore, Ajinkya Rahane and Rishabh Pant scored fine fifties. Rahane and Rohit added a crucial alliance of 162 runs in the first innings, which helped the team in putting a good score on the board.

Kohli feels that his team was able to show better application with the bat in the first innings and the toss won’t have mattered much as the pitch was turning square from the opening session of the first day. In fact, it can be said that the conditions remained almost the same and got difficult from the second day onwards. Thus, India did a fine job in posting more than 300 runs.

Moreover, England was dismissed for a meager score of 134 runs in the first innings and gave away the first-innings lead of 195 runs to fall behind in the match.

Furthermore, India almost scored 300 runs in their second innings as Virat Kohli and Ravichandran Ashwin showed how to bat in the arduous conditions. Kohli and Ashwin added 96 runs in their partnership and the latter’s hundred was able to take India to 286 runs.

Virat Kohli said in the post-match presentation, “It is a perfect game for us. The conditions were challenging for both sides, but we showed more application with the bat. We didn’t panic out there looking at the turn and bounce, we showed grit, got into the game, and scored 600 runs in the game. We know our bowlers would do the job for us if we put up these runs. The toss wouldn’t have mattered much in this game to be honest, because if you looked at our second innings, we got 300 as well. It wasn’t unfair if the toss went either way. Both teams should be in the game from the first session onwards, whether it is on spinning to seaming tracks, and that exactly was the case in this game”.

The Indian team was able to come up with a collective team effort and Virat Kohli was delighted with the performance of his players. The third Test match will begin on February 24 at the Sardar Patel Stadium, Ahmedabad.