Home » Cricket » Ind vs Eng 2021: There is no criticism of the second Test match pitch from our point of view – Stuart Broad

Ind vs Eng 2021: There is no criticism of the second Test match pitch from our point of view – Stuart Broad 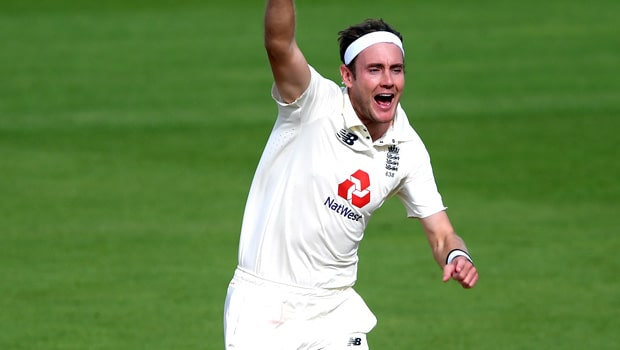 England’s veteran fast bowler Stuart Broad has said that there is no criticism of the second Test match pitch from the visitors’ side. Broad stated that the hosts are well within their rights to make the most of their own conditions. India was able to execute its skills to perfection in challenging conditions whereas the visitors had no answers.

In fact, a lot of cricket boffins like Michael Vaughan and Kevin Pietersen were not at all impressed by the second Test match’s track, which was a rank turner. However, Broad and the England team have no complaints.

On the other hand, England captain Joe Root had also admitted that India had outplayed them in all the three departments of the game. India had gone to win the second Test match by a mammoth margin of 317 runs.

The hosts posted a par score of 329 runs after a brilliant knock of 161 runs from Rohit Sharma. Subsequently, England was dismissed for a meager score of 134 runs and they were never going to bounce back into the match after conceding a first-innings lead of 195 runs.

“There is no criticism of the second Test pitch from our point of view. That’s exactly what home advantage is, and you are well within your rights to utilize that. Why wouldn’t India play on pitches that turn square and upon which first-innings runs are vital? They outplayed us on a pitch that they are very skilled on but one very alien to us,” Broad wrote.

Broad further recalled the Test match at Lord’s in 2018 when the Indian batsmen failed to cope with the moving ball and thus they were dismissed for 107 and 130 runs in each of the innings.

“It’s the same as when we beat India at Lord’s in 2018: the ball swung around, and when it did, it looked like a different pitch when we batted on it compared to our opposition. Why? Because we have spent 30 years playing against the ball moving through the air. India was dismissed for 107 and 130, and we won by an innings,” Stuart Broad added.

Meanwhile, Stuart Broad had gone wicketless in the second Test match and didn’t have the rub of the green as Ben Stokes dropped Ravichandran Ashwin’s catch in the second dig. The drop went on to add salt to England’s injury as the all-rounder scored an incredible hundred.

The third Test match begins on February 24 at the Motera Stadium, Ahmedabad.