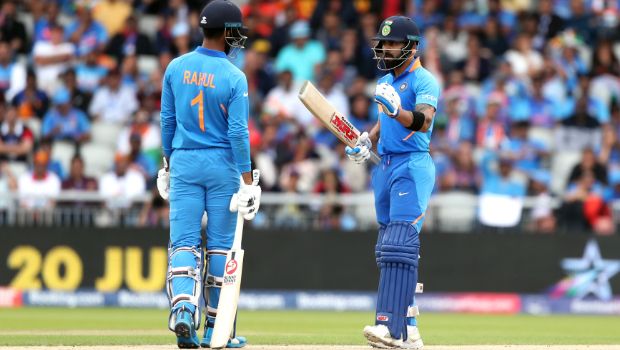 The Indian team was skittled for a paltry score of 36 runs in the second innings first Test match against Australia in Adelaide.

Pat Cummins and Josh Hazlewood had bowled with fire and the Indian batsmen had no answers. This was the lowest ever Test score for the Indian team as they just couldn’t get going.

However, the Indian skipper Virat Kohli feels that these are experiences and are not a mental scar. It was crucial for the Indian team to learn from their mistakes in Adelaide and move on. They were able to do that with great success as they bounced back in style in the Melbourne Test match and won it by eight wickets.

Meanwhile, apart from the morning session of the Adelaide Test match, India had dominated the game against Australia. In fact, the tourists had a lead of 50-odd runs after the first innings but crumbled like a pack of cards in the second dig.

On the other hand, England also doesn’t have fond memories of the pink-ball Test, as they were bundled out for 58 runs against New Zealand.

“Both are bizarre experiences for two quality sides. If you ask England the same question that whether you think you could be bowled out for 50 again, their answer will be no. Because you understand that on a particular day, things are meant to happen a certain way, and whatever you try to do, it is out of your control and nothing seems to go right. Exactly what happened to us in Adelaide,” Kohli said on the eve of the third Test.

“Barring that 45 minutes of bad cricket, we dominated that Test as well. We are confident of how we play the pink ball. Even in Australia, where the pitches were assisting their seamers, they were under the pump throughout the game. We understand that quite well. From the outside, things are not as detailed or as explained about what happens in the change room. But you understand exactly what went wrong that day and you brush it aside, which the team did beautifully in the Melbourne Test. These are experiences. Not a mental scar. Not a hindrance. Something you learn from and move ahead,” he added.

It is well known that learning never stops in the cricketing world and it is crucial for the players and the team to learn from their mistakes and get better with experience. The current Indian team under Virat Kohli is known to not dwell too much into the past and they are known to take one game at a time.

The way this team bounced back in Australia after the Adelaide disaster was inspirational for the sporting world. Meanwhile, the series against England is currently tied at 1-1 and the hosts will aim to give their best in the pink-ball Test match, which will begin from today at the Motera Stadium.