Home » Cricket » Ind vs Eng 2021: This is one of our sweetest wins in the recent past – Virat Kohli

Ind vs Eng 2021: This is one of our sweetest wins in the recent past – Virat Kohli 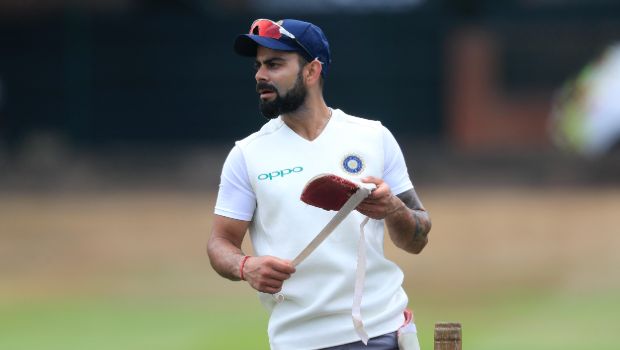 The Indian skipper Virat Kohli has labelled the win against England in the first ODI as one of their sweetest in the recent past.

The hosts took a 1-0 lead in the three-match series as they won by a big margin of 66 runs. India posted a fighting score of 317 runs after they were put into bat by England skipper Eoin Morgan.

There were two big positives for the Indian team as both of their debutants – Krunal Pandya and Prasidh Krishna – shined. Pandya smashed a 26-ball fifty, which is the fastest-ever fifty on ODI debut for any player. On the other hand, Prasidh Krishna took a beating in his opening spell as he conceded 37 runs in the first three overs he bowled.

However, the lanky fast bowler bounced back in style as returned with figures of 5.1-1-17-4 in his second and third spell. Krishna provided the first wicket of Jason Roy and it opened the floodgates.

Meanwhile, Shikhar Dhawan, who didn’t get a lot of chances in the T20I series, bounced back to form as he scored 98 runs to lay down the foundation of the par score.

Furthermore, KL Rahul bounced back into form after a torrid run in the T20I series where he could only manage 15 runs. Rahul provided the finishing touches with Krunal Pandya as the former scored 62 from 43 balls. Thus, there were a lot of positives for the Indian team in the first ODI.

Virat Kohli said in the post-match presentation, “This is one of our sweetest wins in the recent past. This one is right up there with any other. Getting nine wickets so quickly is outstanding. To come back into the game the way they did is brilliant. I’m a really, really proud man right now. Team showed great character and intensity. As I mentioned in the past as well, we promote players who have intent. Special mention to Shikhar’s innings as well. KL as well, back among the runs. Want to back the people who we know will go out and do a selfless job”.

Kohli added that team has a potent bench strength as they have two-three players for every position in the playing XI. Ergo, it is great positive signs for Indian cricket going forward.

Kohli added, “For every spot we have two-three players available. Great signs for Indian cricket. Right now we are on the right path and have a big pool of players to choose from. Shikhar’s body language was amazing when he wasn’t playing. He was so helpful for us. Today he deserved the result. He batted in the most toughest phase today and got 95 which is more valuable than what the scoreboard shows”.

The second ODI will take place on Friday at the same venue in Pune.