Home » Cricket » Ind vs Eng 2021: To win a Test series in India is tougher and bigger than winning the Ashes – Matt Prior

Ind vs Eng 2021: To win a Test series in India is tougher and bigger than winning the Ashes – Matt Prior 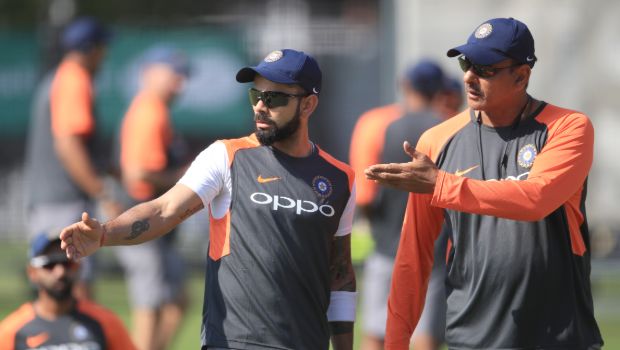 Former England wicket-keeper batsman Matt Prior believes winning a Test series in India is tougher and bigger than winning the Ashes.

England had last defeated India in a Test series by 2-1 in the Indian conditions back in 2012-13 and it was the last time when India lost in their own conditions.

The Indian team is always a force to reckon with in their own conditions and the visitors will find it difficult to tackle the Indian spinners in the arduous conditions. India had thrashed England by 4-0 back in 2016 when both of these teams had played in a five-match Test series.

Consequently, England will have its work cut in the upcoming four-match Test series. It will be a challenge for Joe Root’s team to deliver against Ravichandran Ashwin and Co. On the other hand, the visitors lack experience in their spin department as Dom Bess and Jack Leach have played 12 Test matches each.

Prior recalled the historic 2012-13 series when Alastair Cook led England to a famous series win. The English team had won a series in India after a long gap of 28 years.

“I remember coming in, taking my kit off, and before I knew it, I was asleep. I was just so drained from the whole experience. That’s why you do it, and that’s what made it such a good victory (in 2012). It is so mentally and physically draining to get a result out there (in India). To go there and be successful is a real privilege [so] it was a very proud moment in all of our careers,” he added.

Meanwhile, Prior added that wicket-keeping is a real challenge in the Indian conditions and one needs to adapt quickly to the conditions.

England will need to play at the top of their game if they are to pip India in the latter’s own conditions. The visitors will want their experienced players like Joe Root, Ben Stokes, Jos Buttler, James Anderson, Stuart Broad, and Moeen Ali to deliver for them.

The first Test match gets underway in Chennai on February 5.