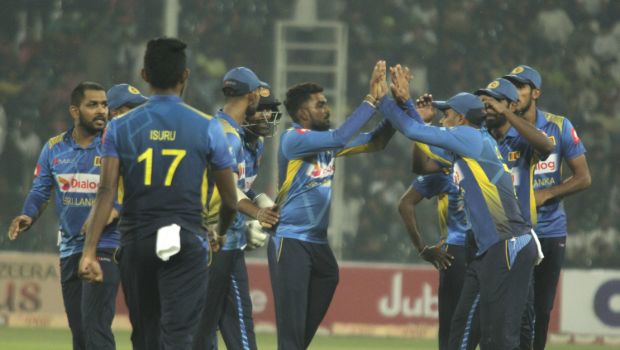 India’s mystery spinner Varun Chakravarthy is doubtful for the upcoming T20I series against England. As per the reports in Cricbuzz, Chakravarthy hasn’t done well in his fitness Test.

As per the new standards of the national selection, a player should complete a 2-km run in 8.5 minutes or attain a score of 17.1 in the Yo-Yo Test.

It has been noticed in the past that many players have been dropped from the squad if they fail to attain the required fitness score. The current Indian team under Virat Kohli has set a benchmark of a high level of fitness.

Chakravarthy revealed that he hasn’t yet received an official confirmation from the board. “I have not been informed of anything as yet,” he told Cricbuzz.

On the other hand, Chakravarthy is currently training with his IPL team – Kolkata Knight Riders in Mumbai. The 29-year old spinner had recently spent three months at the National Cricket Academy in Bangalore, where he worked on his throwing ability, which had kept him out of action.

Chakravarthy was selected for the Australia tour on the back of impressive performances in IPL 2020 but he was unfortunately ruled out. The KKR spinner had scalped 17 wickets in the 13 matches he played in the previous season of the tournament and he was the only bowler to take a five-wicket haul in the last edition.

Meanwhile, Varun Chakravarthy was not picked for the Syed Mushtaq Ali Trophy and he hasn’t been selected for the ongoing Vijay Hazare trophy by Tamil Nadu selectors.

The five T20Is against England are from March 12 to 20, all in Ahmedabad.