Home » Cricket » Ind vs Eng 2021: Virat Kohli and Rohit Sharma getting dismissed against spin is a cause of concern – VVS Laxman

Ind vs Eng 2021: Virat Kohli and Rohit Sharma getting dismissed against spin is a cause of concern – VVS Laxman 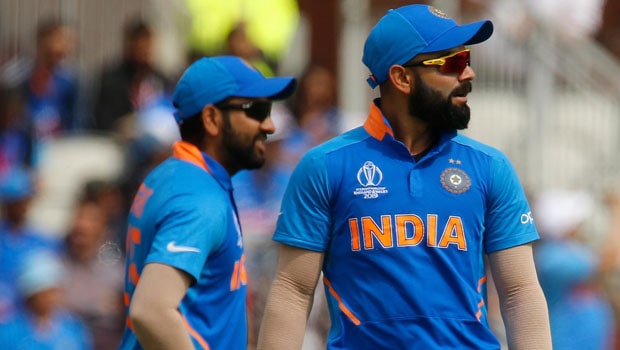 Former Indian batsman and now a cricket analyst VVS Laxman feels the team’s best two batsmen – Virat Kohli and Rohit Sharma – getting out against the spinners is a cause of concern for the team as it is becoming an unwanted pattern. Rohit was flummoxed by a wrong one from Adil Rashid as he was playing for the leg-spin, which wasn’t there in the final ODI against England on Sunday..

It is noticed that Rohit mostly gets a big score if he gets settled but he failed to convert his start into a substantial score as he was dismissed for 37 runs. On the other hand, Virat Kohli was beaten all hands-up by Moeen Ali when he was trying to play the off-spinner against the spin but couldn’t get the connection.

In fact, India’s other experienced batsman Shikhar Dhawan was also dismissed by Adil Rashid as the left-hander made the mistake of hitting the ball straight back at the spinner.

Furthermore, KL Rahul was dismissed by Liam Livingstone as the right-hander couldn’t put away an innocuous full-toss down the leg-side. England spinners took four wickets and India was skittled out for 329 runs after Jos Buttler won the toss and decided to bowl first in the deciding ODI.

“The dismissal of KL Rahul was really unfortunate but then both Virat Kohli and Rohit Sharma will be disappointed when they see their dismissal in the replay. This has almost become a pattern against the spinners,” Laxman told Star Sports.

“Rohit not being able to read the googly against Adil Rashid. And then Virat Kohli looked to play through the off-side against the turn, giving himself room and then missing it. It’s definitely a cause of concern because Indian players are supposed to be excellent batsmen against spin bowling,” he added.

On the other hand, fifties from Rishabh Pant, Shikhar Dhawan, and Hardik Pandya helped India in posting 329 runs on the board in the deciding ODI match.