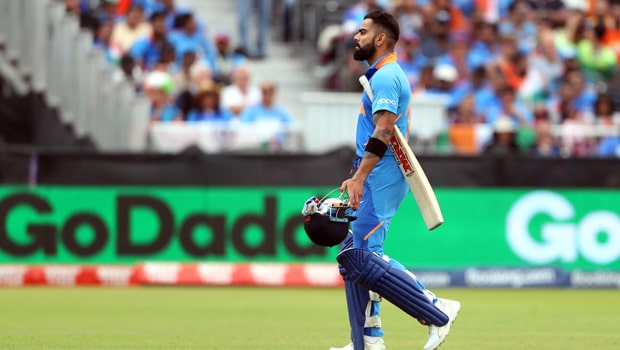 The Indian captain Virat Kohli has equaled former skipper MS Dhoni’s record of most wins (21) in the home conditions after India defeated England by a massive margin of 317 runs at the MA Chidambaram Stadium on Tuesday. Thus, Kohli has become the joint most-successful captain in the Indian conditions.

Meanwhile, Virat Kohli has lost only two Test matches while leading at home turf. The first defeat for him came back in 2017 when India lost by a massive margin against Australia in the first Test at Pune. The second loss came against England when India lost by a gargantuan margin of 227 runs.

In fact, that was the fourth consecutive loss for skipper Kohli as India had lost two Test matches in New Zealand and then lost the first Test match against Australia at Adelaide. Thus, Kohli’s leadership had come under scrutiny as Ajinkya Rahane had led the team to a historic Test series triumph in Australia.

However, the Indian team was able to bounce back in the second Test match at the Chepauk Stadium after their crushing defeat in the first Test match.

Meanwhile, Virat Kohli has led the Indian team in 58 Test matches out of which the team has won in 34 matches whereas the team has lost 14 matches and 10 games have been drawn. Thus, Kohli has a winning percentage of 58.62 in the Test fold, which is the best for any Indian skipper who has led in more than five Test matches.

On the other hand, MS Dhoni had led the Indian team in 60 Test matches in which the team had won on 27 occasions.