Ind vs Eng 2021: Virat Kohli is one of the best I have ever seen – Stuart Broad 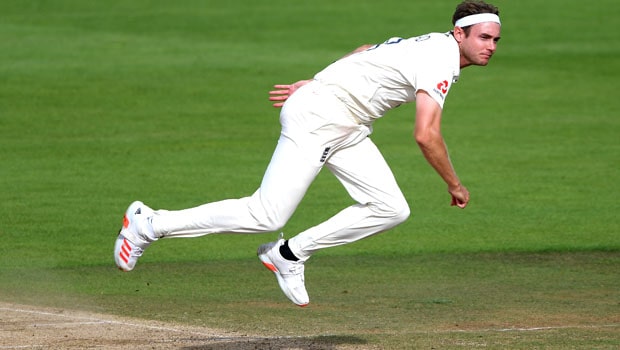 England’s fast bowler Stuard Broad has heaped praise on Indian skipper Virat Kohli before the Test series. Broad stated that Kohli is one of the best he has ever seen. Kohli had missed the last three Test matches against Australia as he was on paternity leave and he will get back into action against England.

Broad also lauded the world-class performance of the young Indian team on the recent tour of Australia. The team under Ajinkya Rahane created history as they went on to defeat Australia by 2-1 despite being on the backfoot with a spate of injuries.

The Indian team came up with a collective effort and played at the top of their game. The visitors went on to win the Gabba Test by three wickets after Rishabh Pant scored a majestic knock of 89 runs. Broad revealed that a lot of England players were cheering for India in the Gabba Test against Australia.

“This is not an easy place to tour, and India’s confidence will be sky high from winning at the Gabba to complete a series victory in Australia earlier this month. I can tell you that they had supporters within this England team throughout that decisive match in Brisbane,” Broad wrote in his column for Daily Mail.

“The togetherness, the character, spirit, and willingness they showed was phenomenal. Any team in the world would have been proud of what India achieved despite being depleted by injuries.

Broad praised Virat Kohli but also feels the visitors will need to build their own strengths in the upcoming series. Kohli will be hungry to score big runs for his team after missing the previous series against Australia.

“Virat Kohli is one of the best I’ve ever seen but if we go through all their positives we will be defeated before we’ve even begun. We need to build on our own strengths. We are entering the series in great form ourselves.

Meanwhile, Stuart Broad is going to hold the key for the tourists in the upcoming series. Broad has all the experience under his belt and he will look to deliver the goods for his team. The lanky pacer has played six Test matches in India and he has scalped 10 wickets at a paltry average of 53.90.

The first Test match will begin from February 5 at the MA Chidambaram Stadium, Chennai.